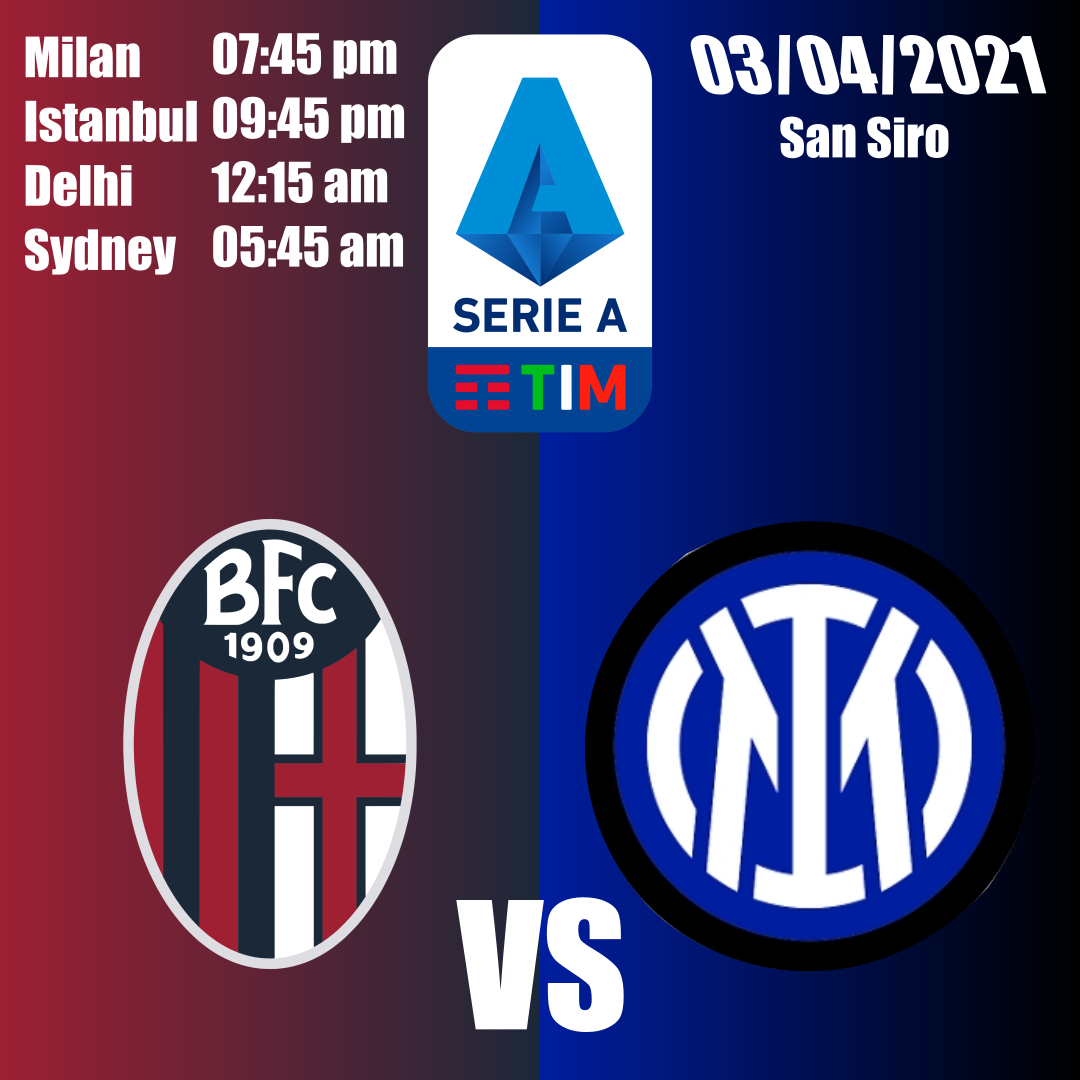 Bologna vs Inter 20/21 will take place at the Renato Dall’Ara Stadium. Inter will pursue a ninth straight Serie A win on Saturday. They are the favourites for the Scudetto. So, they resume their relentless Scudetto hunt with a visit to improving Bologna. Inter may have built a six-point lead over the chasing pack ahead of their trip to Dall’Ara. But, they meet hosts who ran into their best form of the season just before the break. With a third consecutive win now a possibility for the 11th placed side.

Inter’s most recent fixture, against Sassuolo, was postponed due to a COVID-19 outbreak in the Nerazzurri squad. That led to the late departure of several of their stars for international duty. As they were initially not allowed to leave Milan. So, the Lega Calcio has said that the rescheduled game will now be played next Wednesday. Now the Conte’s men will start the final stretch of their quest for success with two quickfire matches against mid-table opponents from Emilia.

With 10 games left for them this season, Bologna are looking comfortable in Serie A. They are safe from relegation but also too far away from the European places to make a challenge. With Rodrigo Palacio suspended, we’re likely to see Musa Barrow moved into a central position. Something he has done capably already this season. The Gambian forward has scored six goals and recorded seven assists in 28 Serie A appearances so far. Across the rest of the Bologna team, only Roberto Soriano has more goals. Hence, the partnership between the two will be key to their side’s attempts to beat Inter Milan this weekend.

For some time it looked as though AC Milan would be ending Juventus’ Serie A stranglehold. But instead, it’s their rivals Inter Milan. A lot of eyes will be on Lukaku this weekend and whether he’ll reach 20 goals for the second season running.