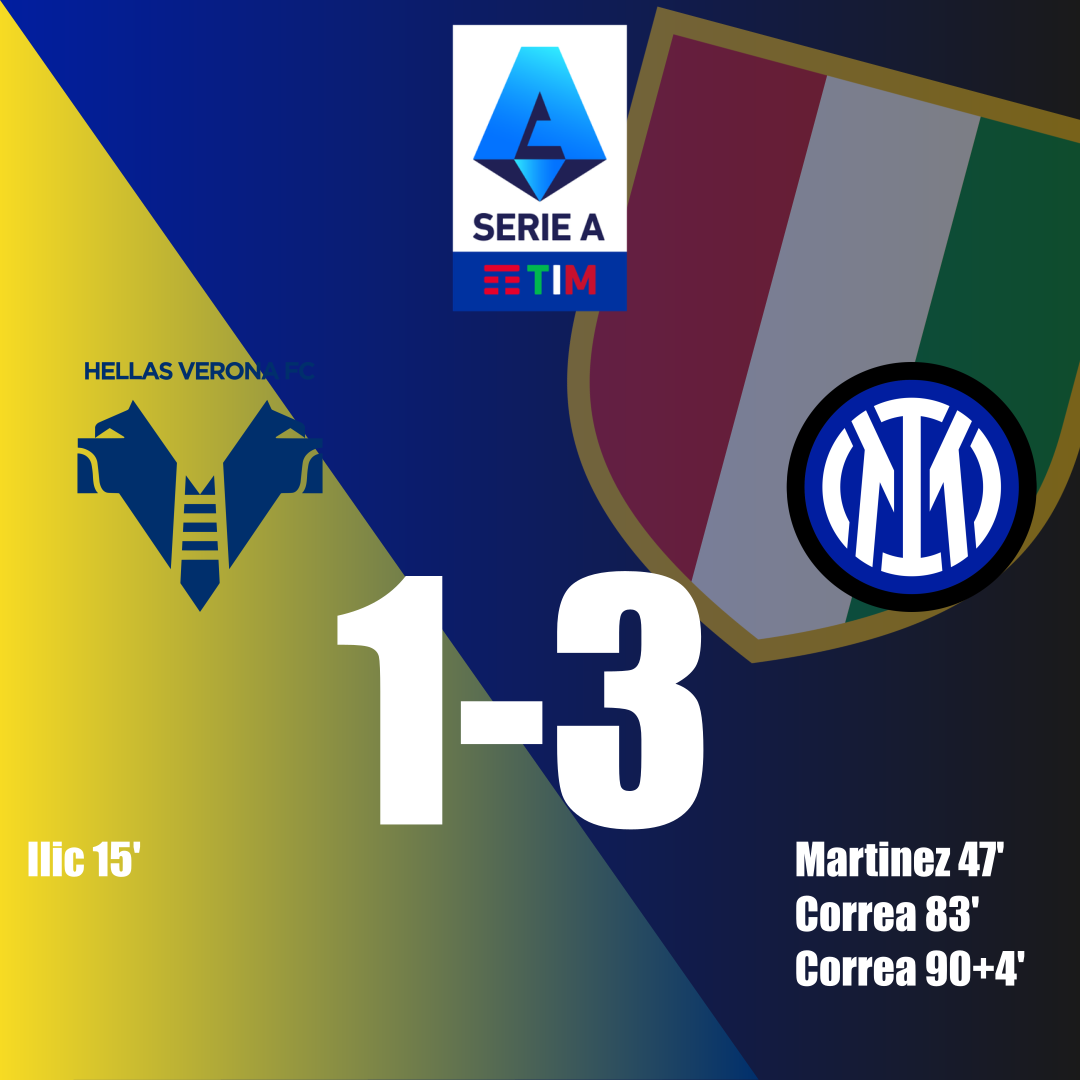 Joaquin Correa enjoys a dream debut as he manages to score a brace after coming from the bench. Inter Milan were fighting hard to get a victory after trailing behind Verona in the first half. The Nerazzurri managed to score the equalizer soon in the second half. They struggled to find the winner but Correa came in as a super-sub and got two past Verona to seal the victory for Inter.

Simeone Inzaghi decided to start Lautaro Martinez at front to partner with Edin Dzeko. The Argentine had a chance at the start following Perisic’s cut-back but Montipo produced a brilliant save. Inter had more possession of the ball but Verona were causing Inter some problems with their high press. Due to this, Handanovic was facing difficulties in playing out from the back. Verona managed to take advantage of Samir’s stray pass to Brozovic and broke the deadlock in the 15th minute. Ivan Ilic managed to keep his composure as he chipped the ball over Handanovic. Inter did little to nothing in the remaining 30 minutes and went to the dugout with a 1-0 deficit.

Inter Milan looked much better in the second half and did not need much time to score the equalizer. Perisic gave a brilliant long throw and Edin Dzeko flicked it to Lautaro Martinez who was unmarked and headed in the 47th minute. Lautaro got another chance from the long throw but could not keep his shot on target.

Inzaghi brought in the substitutes at the right time which changed the game for Inter. Vidal looked more energetic as he had to play only 25 minutes. Inzaghi’s trusted protege, Joaquin Correa came in at 74th minute and scored a thumping header in the 83rd minute and gave Inter the lead. He then produced a clean finish as he drilled a low strike to the bottom right corner which sealed the win for Inter.