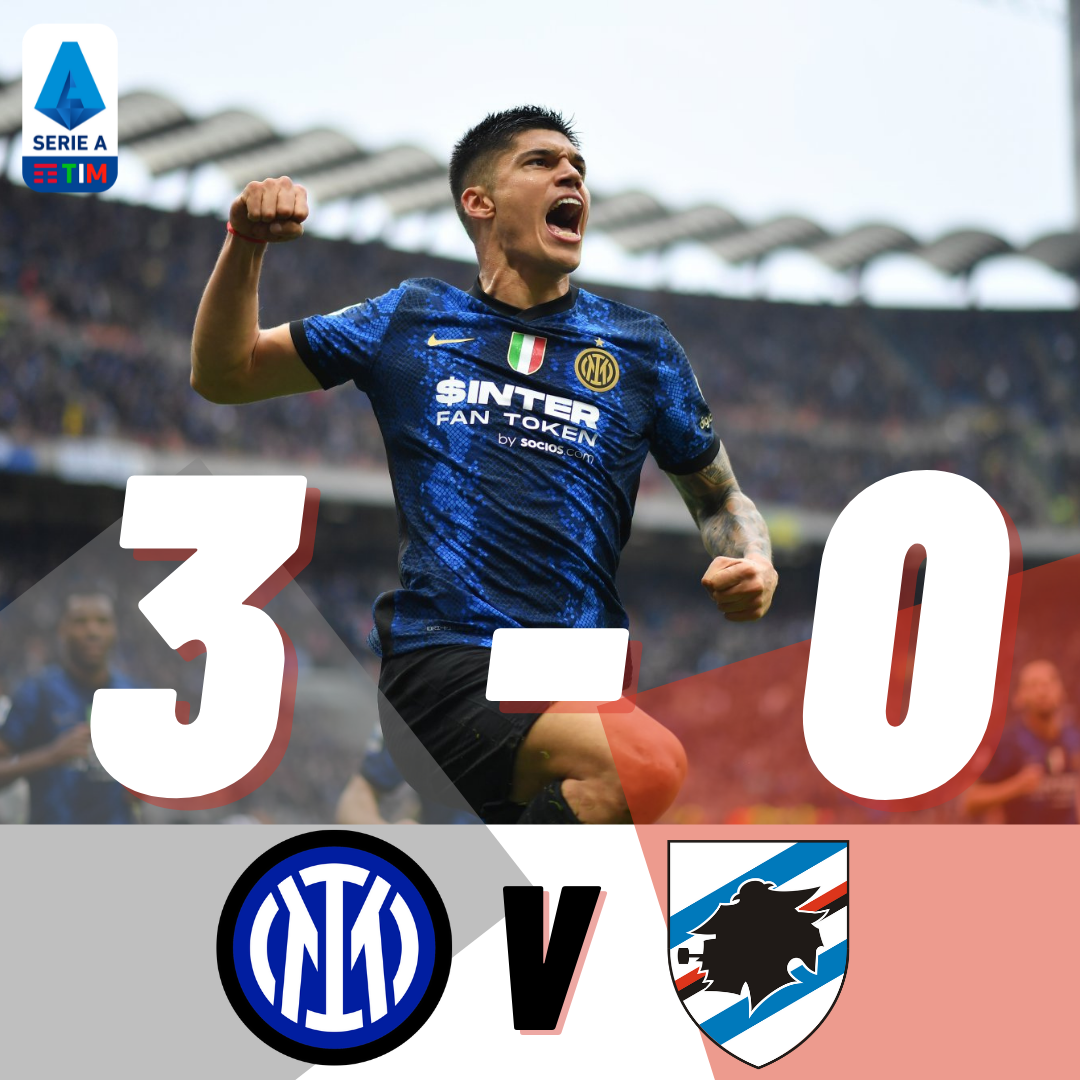 Correa scores a brace to give Inter a 3-0 win over Sampdoria. The Nerazzurri managed to win their last game of the season but that was not enough to get the title. Inter’s title hopes were dead in the first half as their city rivals, AC Milan scored three against Sassuolo. The title was out of their hands after the loss to Bologna and their neighbours took advantage and won the title after more than a decade.

Inzaghi decided to start Correa ahead of Dzeko for this game, and the Argentine played one of the best games this season. Inter had a strong start to the game as they pinned Sampdoria back to their half. The Nerazzurri tried different things but Sampdoria were able to absorb the pressure from Inter. Audero was able to stop the shots of Correa and Lautaro. In the meantime, AC Milan had already scored three goals against Sassuolo so Scudetto was potentially out of Inter’s reach.

Inter had a bright start to the second half as well since Barella had a great chance. The Italian midfielder linked well with Correa and was one-on-one with the keeper but could not place his finish. However, Inter got their first goal as Barella carried the ball forward and gave it to Perisic who made a run outside. The Croatian placed his shot on the far corner as it took a slight deflection. The Italian midfielder got on the same level with Nkuku as the highest number of assists by a midfielder in Europe this season.

Inter got another goal as Calhanoglu played a one-two with Perisic to stretch Sampdoria’s defense in transition. He then played the right pass to Correa and the Argentine hit it the first time and curled it to the right corner. The Argentine did not stop after that as he completed his brace in the next two minutes. Correa carried the ball by himself from Inter’s half and then went past Yoshida. He then turned around Ferrar and hit the shot while making the turn. The ball went through the legs of Yoshida and Inter increased their lead to 3.

Inzaghi then made some changes and brought Gosens, Dimarco, and Vidal on. The Chilean might have played his last game for Inter as he came on for Barella. Ranocchia also came on for Inter who has served the Nerazzurri for more than a decade. The game was more or less over and neither side showed intention to get another goal. The Nerazzurri did what they could and will be gutted after coming very close to defending the title.