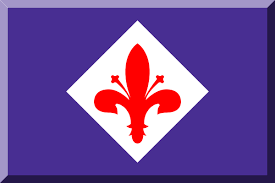 Inter have a great chance to go to the top as its Fiorentina vs Inter 20/21 at the Stadio Artemio Franchi. The Nerazzurri are currently just two points behind their arch-rivals AC Milan. Antonio Conte’s men would be keen to produce a strong reaction after their 2-1 defeat to Juventus in Coppa Italia.

Meanwhile, Fiorentina have had an underwhelming season so far. They are 11th at the table with just 5 wins from 20 games so far. Inter came back from behind to win 4-3 in their reverse fixture at San Siro. The Nerazzurri also won 2-1 against them in Coppa Italia last month.

Fiorentina vs Inter 20/21, as Inter aim for a league double over Fiorentina

The Nerazzurri will be boosted with Lukaku and Hakimi coming back in the side. Hakimi will replace Darmian and give Inter more belief in moving forward. While Sanchez is likely to lose his spot to Lukaku as Conte is unhappy with the Chilean. Inter are a different side with Lukaku in. Conte might want to give Sensi or Eriksen a start to create more chances. Eriksen played as a regista against Fiorentina last month. He made inch-perfect passes to free his teammates for acres of space. The Dane tested the Goalkeeper couple of times as well. However, some of his risky passes helped La Viola to break on the counter. Also, as you’d expect, he was unable to make strong challenges to stop their attack. So it depends on Conte on whether he would like to start with him or bring him from the bench.

Fiorentina have quality going forward with Ribery, Bonaventura and the former Inter man Biraghi who is in-from this season. Inter will have to defend well unlike their last game. The Nerazzurri have a great opportunity to do a league double over Fiorentina for the first time since 2013/14 and go at the top.