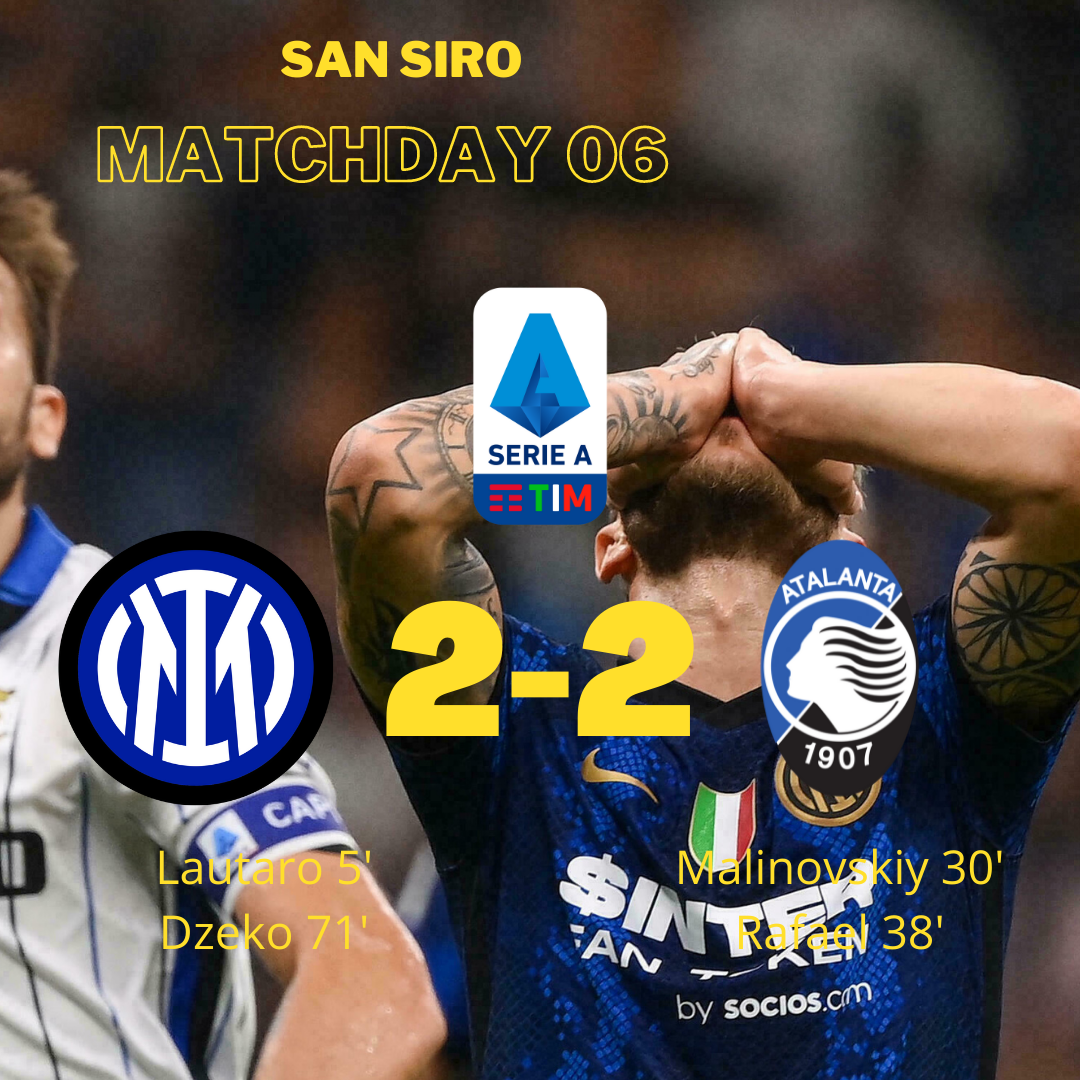 One of the most spectacular matches of Serie A this season ended with a score line of Inter 2-2 Atalanta. It was a treat for the fans as they witnessed 4 brilliant goals and 41 shots in total. Both the teams were looking to score which resulted in an entertaining end-to-end game. Inter lost two points but Atalanta deserved a point from this match. The La Dea gave a great fight at the San Siro. Inter are now down to 3rd spot with their city rivals AC Milan at the top.

The visitors were dominating in the first half after they received an early blow from Martinez’s strike. Nicolo Barella gave a brilliant cross into the box and Lautaro timed his volley to perfection. He showcased brilliant technique as he had to control his shot so that the ball does not go over the top of the crossbar. But, Atalanta settled down after that and played very smoothly as they moved the ball quickly.

At the half-hour mark, Malinovski found some room in the right half-space and struck his trademark shot. The ball arrowed past Handanovic who could do nothing to stop it. In the 38th minute, he took another shot which Handanovic saved, but Toloi pounced on the rebound to give Atalanta the lead.

Inter 2-2 Atalanta: Both the teams shared a point after a dramatic end

In the second half, Atalanta continued their dominance until Inzaghi made substitutions. He got Dimarco in for Bastoni to create more chances from the left and replaced Darmian and Calhanoglu with Dumfries and Vecino. The introduction of Dimarco gave Inter a new dimension from the left as he created 3 key chances in the match with his accurate crosses.

In the 71st minute, Dimarco again got space on the left and he struck a swerving shot which Musso pushed away. But Dzeko came quickly to convert it into a goal and gave Inter the equalizer. In the 85th minute, Inter got a penalty courtesy to Demiral’s hand ball. But, Dimarco’s penalty attempt went straight to the crossbar and then to the silenced San Siro stands. A couple of minutes later, Atalanta thought they got the winner from Piccoli’s strike. But, VAR intervened and ruled off the goal as the ball went out of play when Handanovic tried to keep it in. Inzaghi would be gutted with this result but his side showed great character to rescue a point.