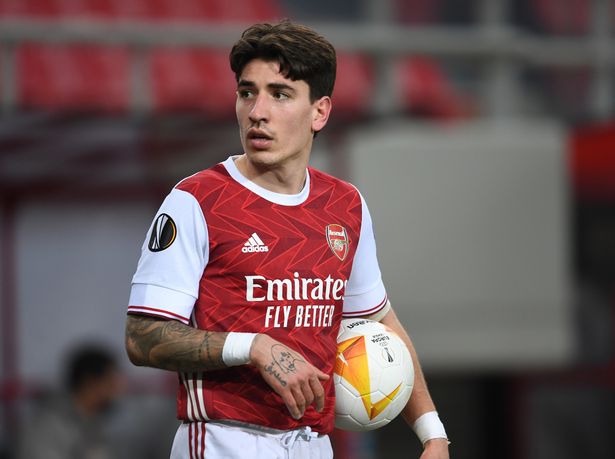 Inter Milan are tracking Hector Bellerin from Arsenal as a replacement for Achraf Hakimi. The Nerazzurri are planning to sell Hakimi so that they can get some profit before June 30. Paris Saint Germain are confident to sign him and are giving a bid of €70 million which Inter Milan will consider. Also, all the personal terms have been agreed between the player and the club. So, Inter will have to find someone who will fill his position after his departure.

Inter have been in contact with Emerson Royal. His representatives did come to Inter’s headquarters and had a talk with the board. He can be a decent replacement for Hakimi. But Inter are looking for more options and now have their sight on Bellerin. As reported by Gianluca Di Marzio. He had an average season with Arsenal and in the later half of the season, he was out of preference. Calum Chambers played most of the games ahead of him and while Bellerin was on the bench. So, going to a new club might change him.

Bellerin can fit in Inter’s system as he will operate as a right wing-back. He will have a bit more freedom in this system as he is not a right-back here and he can go forward to support the attack. Bellerin is quick and technical on the ball and Inter will like him as he can help them to move up the pitch in transitions. He will have to work on his link-up play though as he has not been able to do that in Arsenal. Also, he got an ACL injury in 2019 against Chelsea and he has not been the same since then.

Now Inter have two options in front of them, Emerson Royal and Hector Bellerin.