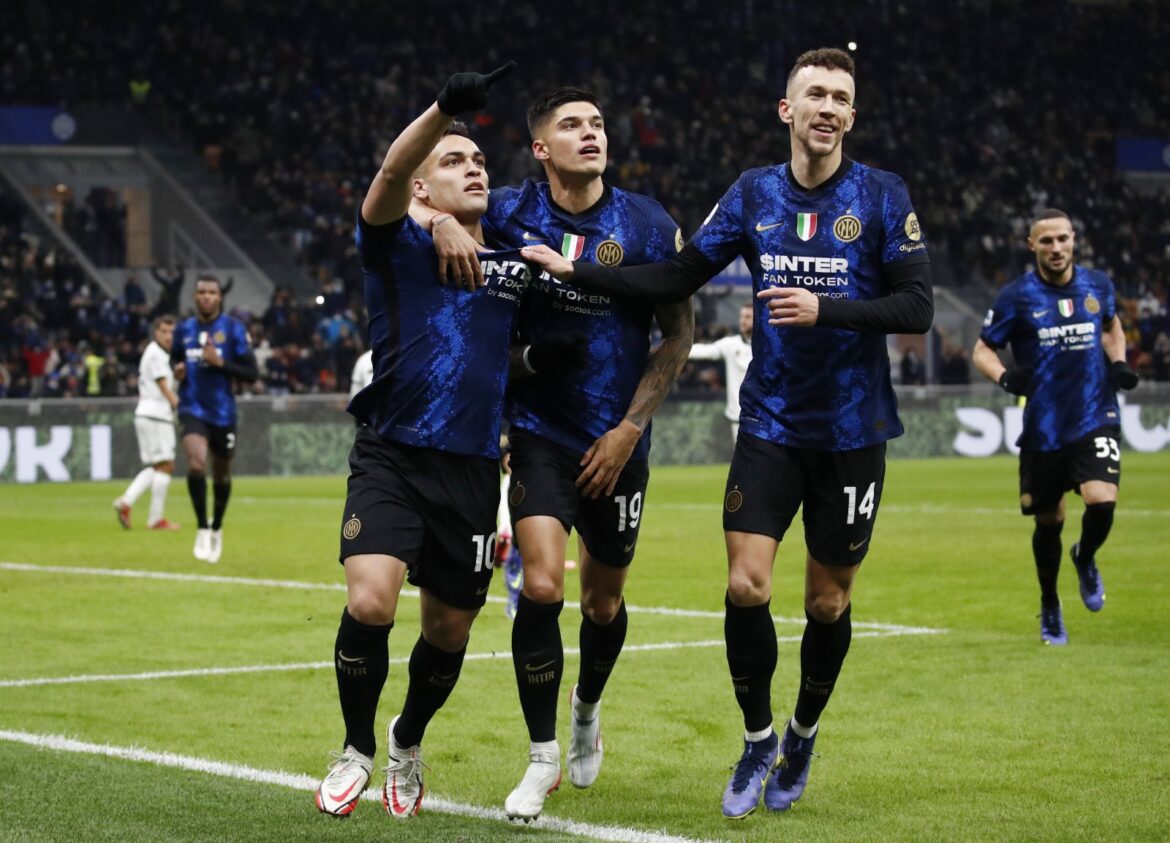 Inter cruise past Spezia with a 2-0 win as they keep the pressure on Napoli and AC Milan. The Nerazzurri are at 3rd position in Serie A. They are 2 points behind Napoli and 1 point behind their city rivals AC Milan. Inzaghi would be happy with his team as they have now kept a clean sheet for 3 consecutive games. Inter had some defensive problems early on but they are now much more solid in the back. For this game, Inzaghi deployed Skriniar in the center of the back 3 as Bastoni, Ranocchia and De Vrij were out due to injury. With D’Ambrosio and Dimarco playing as wide center backs.

Inter were dominating in possession and played most of the game in Spezia’s half. While the visitors were relying on counter-attacks and got a chance around the 20th-minute mark when Brozovic gave the ball away in a dangerous area. But Sala’s shot was wayward. Inter were in full control after that and finally got their goal after a wonderful and clever play. Calhanoglu played the ball to D’Ambrosio who made a run forward and he gave the ball to Lautaro. The Argentine then flicked the ball to Gagliardini who made a clever run from the left half-space and placed it perfectly in the bottom corner.

Inter cruise past Spezia with a 2-0 victory

Thiago Motta decided to change his full-backs after halftime but that did not affect much in the game. Lautaro had a couple of decent chances at the start of the 2nd half but could not score. But, he finally got awarded a penalty as his shot was handled by Kiwior. The Argentine sent Provedel the wrong way and finished into the bottom corner to double the lead.

Right after the goal, Calhanoglu got a chance after linking up with Lautaro but Provedel managed to push the ball away. The tempo of the game slowed down after a series of substitutions. Inzaghi gave some rest to Lautaro, Correa and Calhanoglu. Dimarco and D’Ambrosio were creating overload from the flank which was causing problems to Spezia’s defense. Spezia were getting some chances at the end so Inzaghi decided to bring Vidal and Vecino to tighten things up and Inter managed to keep a clean sheet.