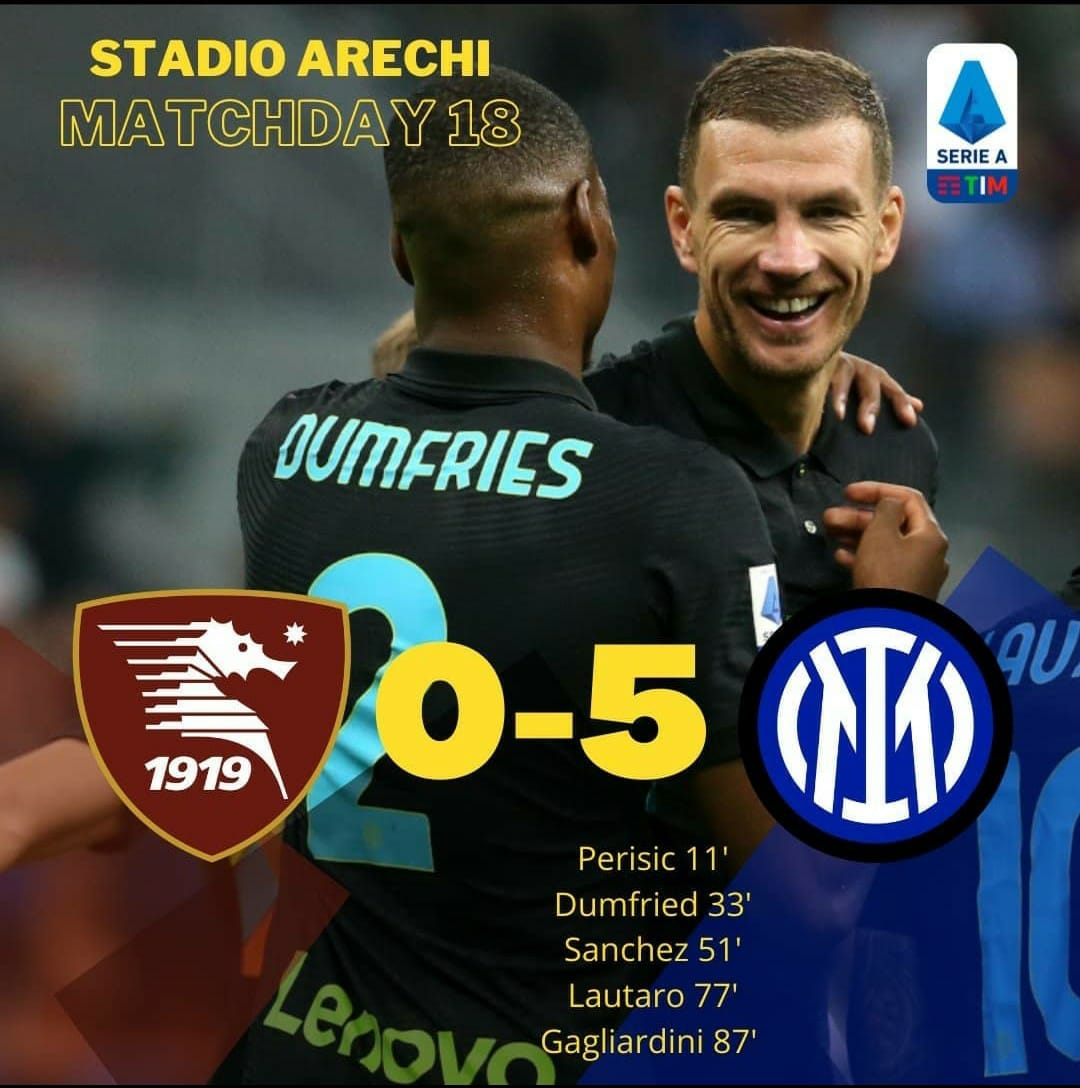 Inter hammer Salernitana and take their winning run to games. The Nerazzurri smashed 5 goals and have stretched their lead to 4 points. Inter are on a terrific run of form as they have not conceded a single goal in the last 5 matches. Also, they are unbeaten for the last 10 games which shows the momentum they have. Inzaghi has done a brilliant job in managing the workload of players and setting them uniquely against different opponents.

Inzaghi decided to give rest to Skriniar and gave D’Ambrosio a start. This gave Inter an option on the right flank as D’Ambrosio pushed up. He also gave Sanchez another start as he was brilliant against Cagliari and gave some rest to Lautaro.

Inter started the game well and had a penalty shout in the first 5 minutes but it was denied. In the 11th minute, Calhanoglu delivered a wonderful ball from the corner and Perisic scored the first goal of the match with a header. The hosts got a chance with Ribery’s perfect ball but Obi’s shot went straight to Handanovic. A few minutes later, Dumfries made a run forward and Dzeko played the ball to him for the first time finish. He slammed his shot to the crossbar and then the ball went in.

Inter were again on top in the second half as they got their goal in the 51st minute. Inter showed their class in this goal as Sanchez dropped to attract defenders and Calhanoglu played a one-two with Dzeko before laying off the ball to Sanchez who placed it nicely.

Inzaghi then made some substitutions and got Lautaro in for Sanchez. The Argentine put his name on the scoresheet in the 77th minute as Gagliardini did well to beat a defender. Then, the ball went to Lautaro who scored it easily. The Italian midfielder got a goal as well as he was pushing up continuously. Vidal tried to pass it to Lautaro but the ball got intercepted and went to Gagliardini who scored the goal to take the scoreline to 5-0.