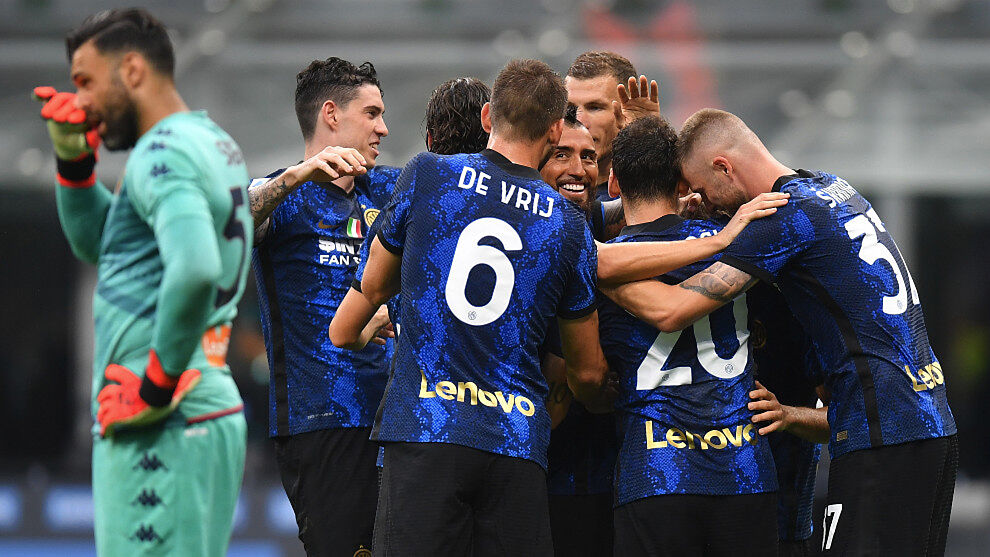 Inter Milan vs Lyon will be Nerazzurri’s fourth pre-season game. Inter have been decent so far as the players are taking time to return to match fitness, and Inzaghi is trying different things. The Nerazzurri have looked better in attack after signing Lukaku, Asllani, and Mkhitaryan. Inzaghi is using the Armenian midfielder in the number 10 role. They are coming into this game after a 1-0 loss to Lens because of a late goal.

Lyon had a disappointing season last year as they failed to get any European spot. The French club came 8th, and have decided to improve their team this season. So, the arrival of Alexandre Lacazette and Corentin Tolisso has increased the quality of the squad. The duo came back as free agents after leaving the club five years before. This will be their final pre-season game, so they will look to end on a high note.

Inzaghi will have a full squad to his disposal as Skriniar and Gosens are back after recovering from their respective injuries. The Italian tactician will now focus on his main players as the pre-season is coming to an end. He will play Lukaku, who is looking fit now and had a positive impact in the last game after coming from the bench. Asllani has impressed in the pre-season, and he can be a reliable back-up to Brozovic.

Lyon are coming into this match with a 2-0 win over Feyenoord, and have no injuries in their camp. Lacazette will be their main threat along with Paqueta, who plays between the lines. Inter will have to defend well to keep them at bay.

Inzaghi will be keen to get his side back to winning ways. Inter can win this game if they defend well in transition.