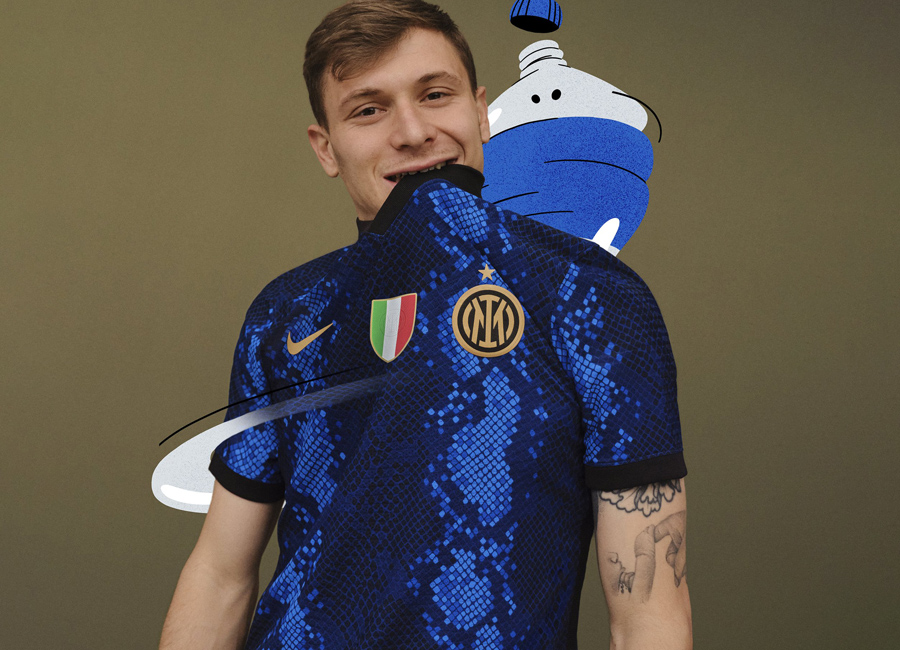 Inter Milan reveal their new kit which is very different from their previous ones. Times have changed and so has Inter’s jersey, there was a time when the Nerazzurri had just normal black and blue vertical lines. But now their classic black and blue stripes have been replaced by a snakeskin design and while the design and pattern do look good, it will take some time to get used to this. Some Inter fans were not happy with the new logo as they thought it was too basic and modern. While some fans liked the new logo and thought it was clean.

Nike have designed the new logo and you can look at it here. Inter have shared a video reveal of the shirt which says that it is the ‘the new skin of Milano’ with the pattern. It signifies their club’s transition to the new era with the new logo and new jersey. Inter will also be revealing their new shirt sponsor soon as they have left Pirelli after 27 long years. A new American technology company will replace them. It will take some time for the Nerazzurri fans to adjust as they have seen Pirelli for a long time and with this new jersey and logo this 2021/22 season will be a memorable one.

The new jersey has a snakeskin design spread over it. The design is a pixel pattern that mixes two shades of blue, navy and royal along with black. The snakeskin idea was inspired by a grass snake known as the Biscione. Biscione holds a historical symbol in the city. It was also present on previous jerseys. The kit also has the new logo. The club will soon give their new away kit as well.

You can buy this kit from Inter’s site.