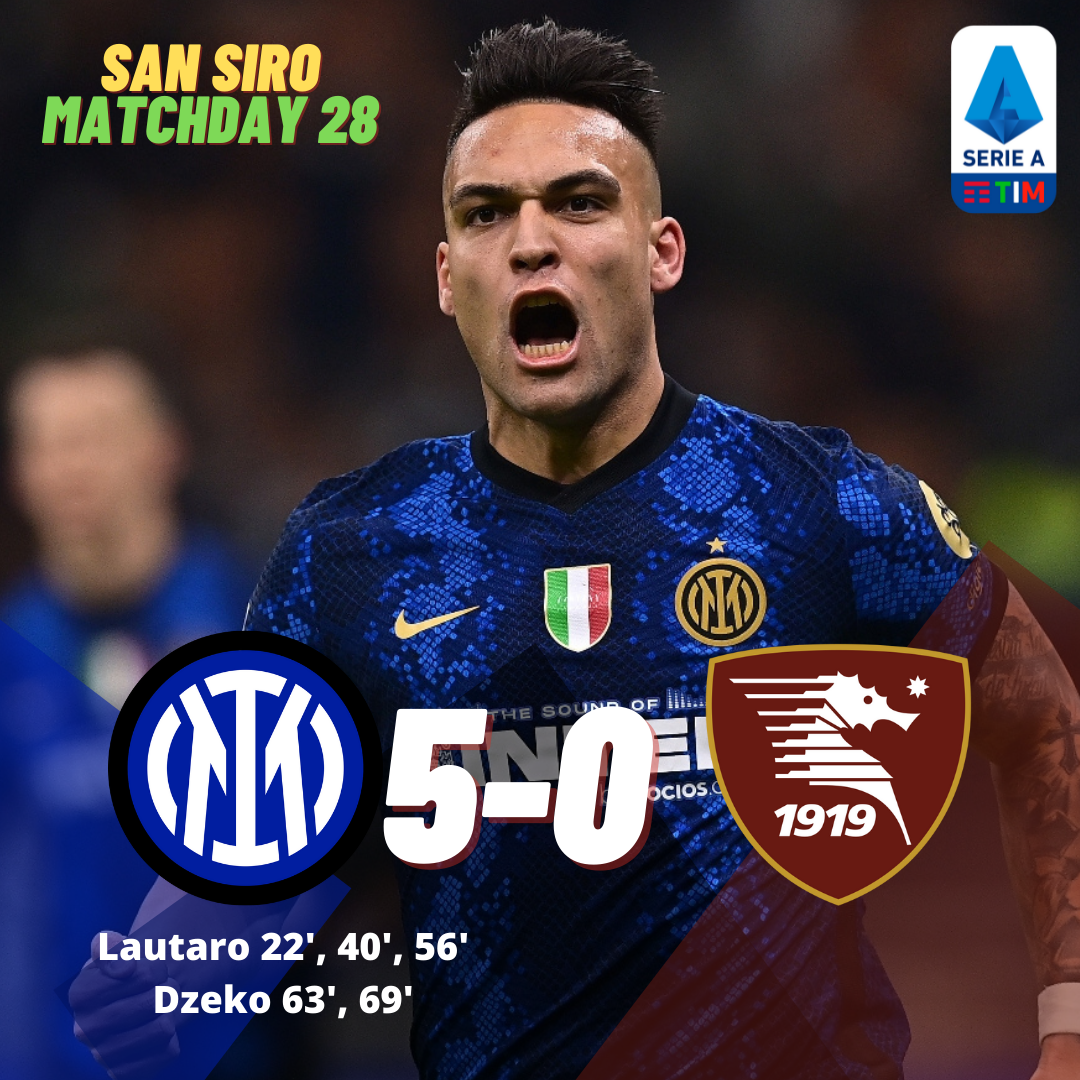 Just when it started to look like Simone Inzaghi’s side were dropping off the pace, Inter sink Salernitana 5-0. Inter took the field against the newly-promoted side with no goals in their last four games. A very unusual record for the top-scoring team in the league. With Lautaro Martinez struggling with a lack of confidence and Dzeko seemingly out of steam, it was a bold move by Inzaghi to give them a start. It came as a surprise that Inter went with the best possible squad to play Salernitana. Inzaghi was desperate to force a result and so he did.

In the first few minutes of the game, Salernitana pushed Inter to defend deep. This time, Inter’s solid defence showed up and kept the visitors out. What followed was a consistent ball control manoeuvre by Inter in Salernitana’s half which resulted in back to back chances. And in the 22nd minute, Inter finally broke their goal drought with Lautaro through an assist from Barella. A second followed in the 40th minute by Lautaro as well.

The second half was no different as Lautaro brought up his hattrick to silence the critics. That was followed by a brace from Dzeko in a span of 5 minutes. Robin Gosens got the first of many assists in an Inter shirt after being subbed on. Another substitute Tucu Correa came close to scoring twice as Dumfries was also denied an obvious goal. In the two games against Salernitana this season, Inter have put 10 past the newly-promoted side.

As Inter sink Salernitana 5-0, they’ve put themselves in a very good position. With Napoli hosting Milan on Saturday, Inter are already on top of the table with a game in hand. While the performance against Salernitana is one of the best in the season so far, Inter should not get ahead of themselves. Yes, Salernitana held Milan to a stalemate but that doesn’t necessarily mean Inter have done away with their problems.

Inter travel to Anfield on Tuesday for the second leg of the Champions League Round of 16 tie. Despite a solid performance against Liverpool in the first leg, the Nerazzurri squandered chances and ended up 2 goals down. Can Salernitana’s thrashing help Inter script a comeback at Anfield?