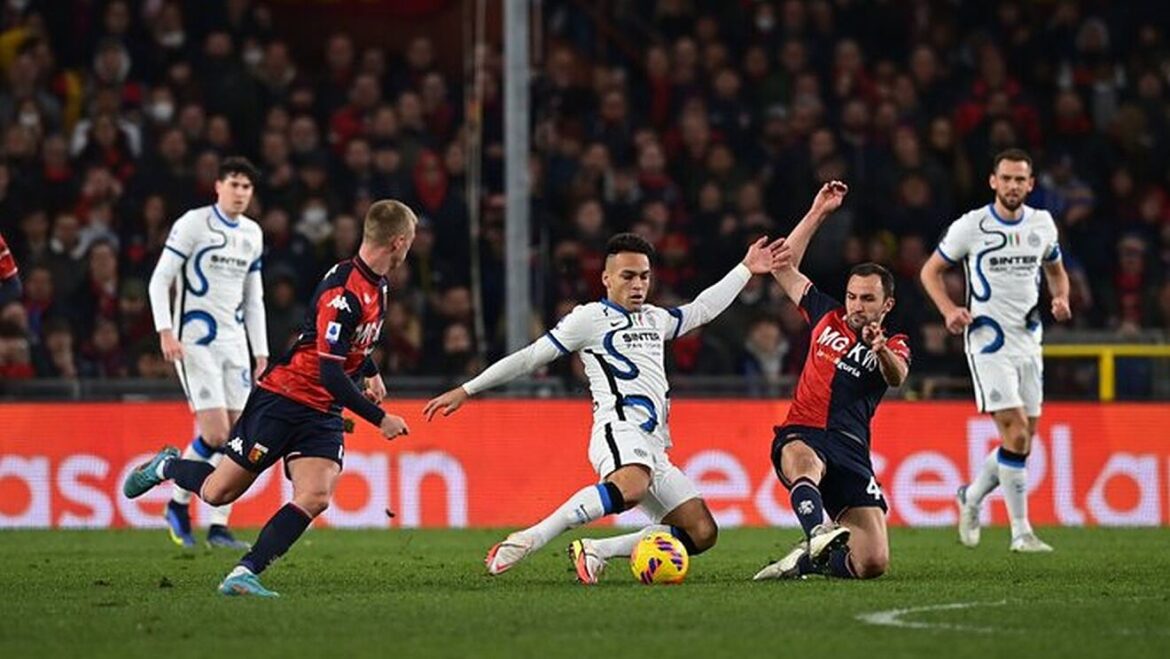 Inter Milan stumble against Genoa as they drop points again. The Nerazzurri had a chance to get the top spot as AC Milan dropped points as well. But, Inter could not get past Genoa and had to settle for a draw. Inzaghi decided to make some changes to his playing eleven as he brought D’Ambrosio and Dumfries in. The Italian manager gave rest to Skriniar and Darmian for the match against Milan. Inzaghi also gave some rest to Lautaro as he would need him fresh for the Derby Della Madonnina.

Inter had a good start to the first half as Perisic got a shot on target after Calhanoglu’s free kick in the opening minutes. The Turkish midfielder had a great chance to get Inter an early lead from Barella’s low cross but his shot went wide. Inter looked good in possession as they were forming triangles in the wider regions to get the ball in the box.

Genoa were creating chances on the break as well and they almost got a goal in the 28th minute. Handanovic had to change his direction as Melegoni tried a shot from distance. Genoa then looked to stay back and give Inter little to no chance in the final third.

Inter stumble against Genoa as they drop two points

Genoa had to make an early substitution as Maksimovic had limped off the field. Cambiaso came on for him, but he could not last long as he got an injury after preventing Dzeko’s cross. Ositgard had a brilliant game despite several changes to the backline as he won nine duels and made eight clearances. D’Ambrosio came close to opening the account for Inter as his header thumped the crossbar. Sirigu then managed to put the rebound away.

Inzaghi made some changes around the 70th minute as he brought Lautaro on. The Argentine had an impact as he forced Sirigu to make a save from his firm strike. Inter, however, could not create a significant chance after that as Sirigu was quick on his feet to put the crosses away. In the end, Inter had to settle for a point at the Stadio Luigi Ferraris.