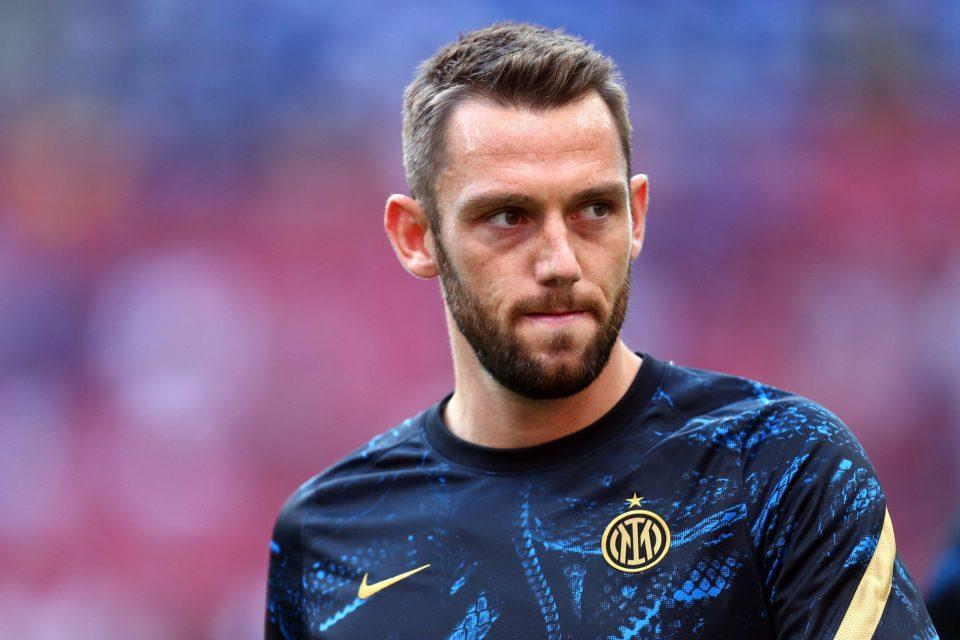 Inter talk with De Vrij and his agent over a new deal as he enters the final months of his contract. The Nerazzurri want to keep De Vrij as Skriniar might leave the club in the summer. Inter Milan cannot afford to lose two experienced defenders in one window on a free transfer. De Vrij will consider the proposal, but he also has interest from other clubs like Newcastle and Atletico Madrid. Diego Simeone wants to upgrade his defense, and De Vrij will be a viable option.

Inter have contacted De Vrij’s agent and are looking to speed up the contract renewal process. The Dutch defender will take his time before deciding, as he also has some interest from Spain. De Vrij has been inconsistent in recent times, and Inzaghi also prefers Acebri in important games now. De Vrij has gone out of favor and will look for a move to a club that guarantees him more game time.

Federico Pastorello, De Vrij’s agent, revealed that Inter want to renew the Dutch defender’s contract. The Dutch defender is happy at Inter and wants to stay. But he has other offers on the table with major interest from Spain. Pastorello also talked about Skriniar’s situation, as the Slovenian defender might leave the club at the end of the January transfer window.

Newcastle United have also given an appealing offer to Pastorello for De Vrij. The Tyneside club have surprised everyone with their impressive form so far in the Premier League. And now, they want to sign a quality defender in the summer to improve their squad. His agent also said that De Vrij will soon be a father, so he has to consider several things. He will play for a club that guarantees him stability in the future.