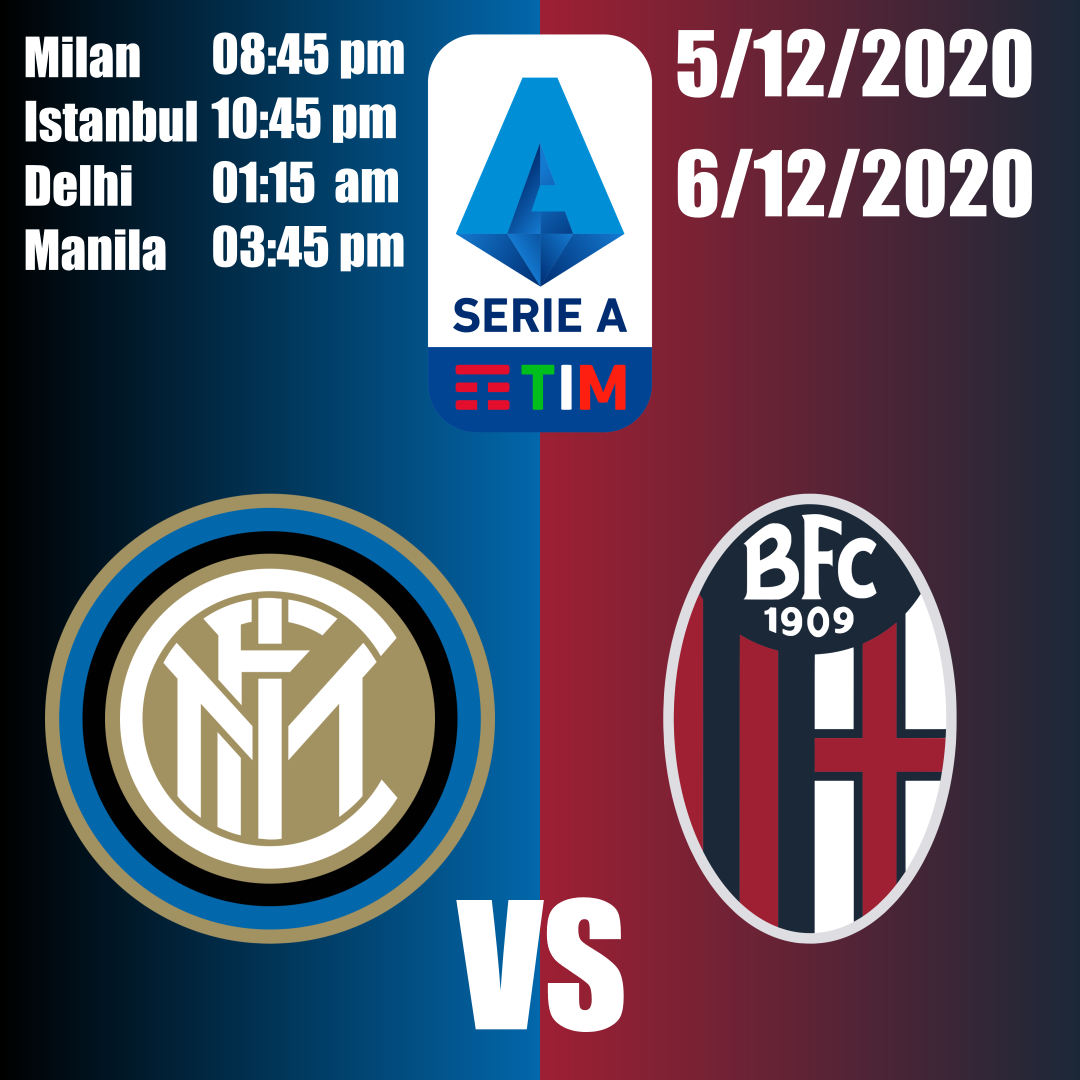 The Inter vs Bologna 20/21 fixture will witness the return of Siniša Mihajlovićs to the San Siro. A former Inter player and set-piece specialist Mihajlovićs will visit as Bologna’s manager. Subsequently, the former Nerazzurri player recovered from leukaemia recently. While health hasn’t been on his side, the Bologna manager has worked well with his side so far. Bologna are on a two-game winning streak just like Inter. And when the two clubs lock horn at the San Siro, they’ll want to end each other’s streak. Inter are set to rest a bunch of key players among the regular starters before the game against Shakhtar.

Antonio Conte can start his backup back-three and Barella, Lukaku, Young and a few others might get rest. This will present the chance for the likes of Sanchez, Perisic and others. Arturo Vidal is likely to take the field in place of Barella who needs rest to have a hope of starting the mid-week fixture. Vidal will have a lot to prove after he created a goal against Sassuolo and his red card antiques against Real Madrid. The Chilean midfielder will be eager to show his temperament to the club. Apart from this, Antonio Conte must rest Handanovic and give Ionut Radu a go between the sticks. The young Romanian needs to learn the ropes quickly to replace Handanovic probably next season.

Don’t expect Inter to breeze through Bologna in the Inter vs Bologna 20/21 game. A number of first-team players will be rested. Thus, Inter’s defence will be shaky, to say the least. And if you expect Inter to not create any unnecessary drama in the game then you’re wrong. Wins have been hard to come by for Antonio Conte’s side this season. And it won’t change in this game but Inter must ensure they get the three points no matter what. The Nerazzurri are trailing rivals Milan by a massive five points. In a situation like this, Inter can only hope for Milan to make a few slip-ups. Inter will surely concede in this game, all they’ve to do is score more goals.