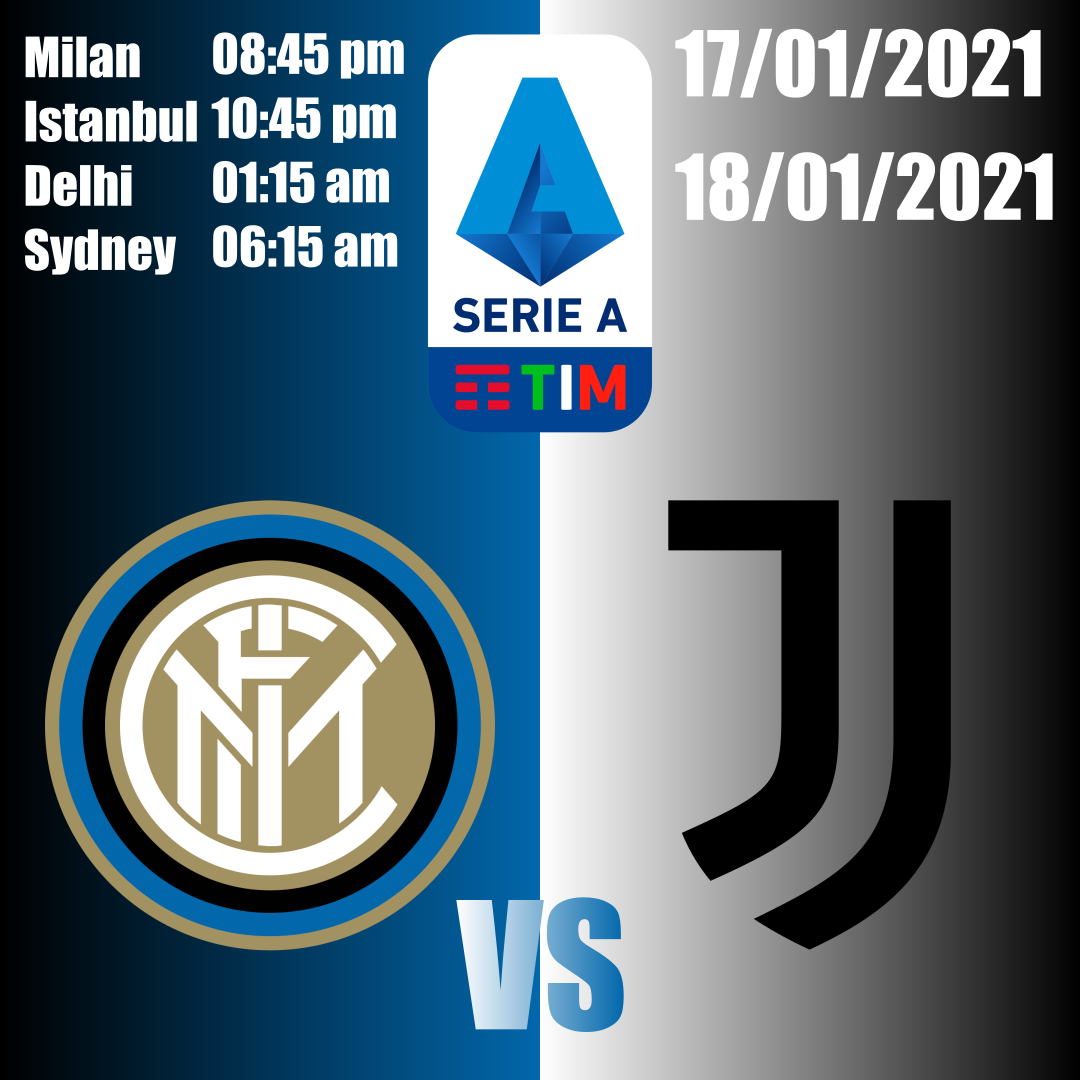 After missing out on the Scudetto by just 1 point last season, this is Inter’s most awaited fixture. Inter vs Juventus 20/21 takes place in the backdrop of an incredibly close title race this season. As neither of the two initial favourites are on the top of the table, they need to up their game. The Nerazzurri are coming off an extra-time win over Fiorentina in the Coppa Italia. After a loss to Sampdoria and failing to beat Roma, Inter have lost valuable points in the league. Subsequently, this lacklustre performance has put Milan 3 points clear off the Nerazzurri.

As Inter and Juventus prepare to get maximum points in the first Derby d’Italia of the season, Conte will take on his former side. Inter haven’t registered a win against the Bianconeri since 2016 which is a big highlight. Despite early struggles, Andrea Pirlo seems to have found his way with his team. The Turin side have won their last 3 games in the Serie A and are looking like their old selves.

On the other hand, Inter have probably entered the January slump like they do in almost every season. Antonio Conte won’t be getting any new injections of energy in his side either. As Suning look to sell some or all of their shares in the club, a big buy is out of the question.

Inter vs Juventus 20/21, Conte needs to get his team and substitutions right

It is hard to believe that Conte will not go for his best players against Juventus. Handanovic, despite being average and incredible on different occasions will start in the goal. Skriniar, de Vrij and Bastoni will be the centre backs. Achraf Hakimi and Darmian will be the wing-backs if Darmian is fit to start. Conte might prefer Vidal over Sensi in this game but Stefano Sensi deserves a start. Barella and Brozovic will be the other two midfielders, Lukaku and Lautaro will partner up top.

Inter depend a lot on Lukaku for their goals. And with the defence leaking goals in almost every game, it becomes a lot more difficult. Against big teams, Conte’s side have to just try and outscore the other team which doesn’t always work. And with his rigid stand on playing Vidal who loses his battery before half time, Inter often lose their shape. Lautaro Martinez is barely consistent and can be either too good to handle or terrible to even pass the ball to. Conte has a lot on his plate and he won’t be getting any financial backing in this window. With unwanted players and extreme pressure to perform, Inter’s Scudetto dream might already be down the drain this season. And the Inter vs Juventus 20/21 clash might confirm just that.