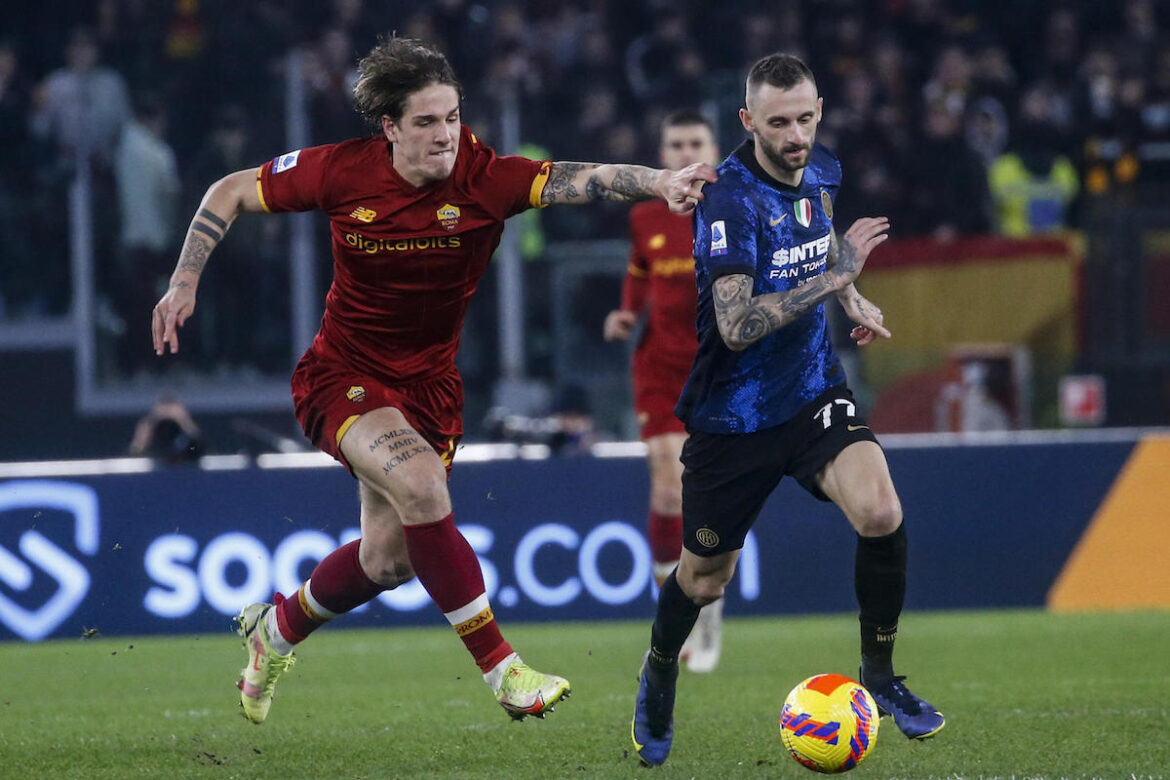 The Nerazzurri have a big clash on the weekend as it is Inter vs Roma 21/22. AS Roma are in form, and can pose a threat to Inter’s title defense. But, Inter have regained their form in recent matches and will be confident for this clash. While, Mourinho would like to put on a show as he returns to San Siro. Inter can defend their title if they win all of their remaining matches, and Roma are the biggest hurdle on their way.

Inter are coming into this game with a statement win over AC Milan, but players might feel slight fatigue. Lautaro came back to form as he scored a brace and will be looking forward to this match. Meanwhile AS Roma have continued their unbeaten run as they managed to draw against Napoli with a late equalizer.

Inter vs Roma 21/22, can the Nerazzurri beat the in-form AS Roma?

Inzaghi implemented his tactics perfectly against AC Milan, but he might make some changes for this match. He would like to bring the former Roma striker, Dzeko, at the front with Lautaro. Bastoni can play this match, but Inzaghi might start Dimarco to overload the left flank. The Italian tactician might miss Vidal for this game as he has some issue with his ankle.

AS Roma is arguably Inter’s toughest opponent left but the Nerazzurri have a great record against them. However, Inzaghi will have to be wary of Roma’s form as they have been unbeaten for 12 games. But they will dearly miss Zaniolo as he is out because of his ankle injury. They will rely on their front three of Mkhitarian, Abraham and Pellegrini for goals.

With Zaniolo not at front, Inter can keep a clean sheet if they defend well. Also, considering their form, the Nerazzurri should score a goal at home.