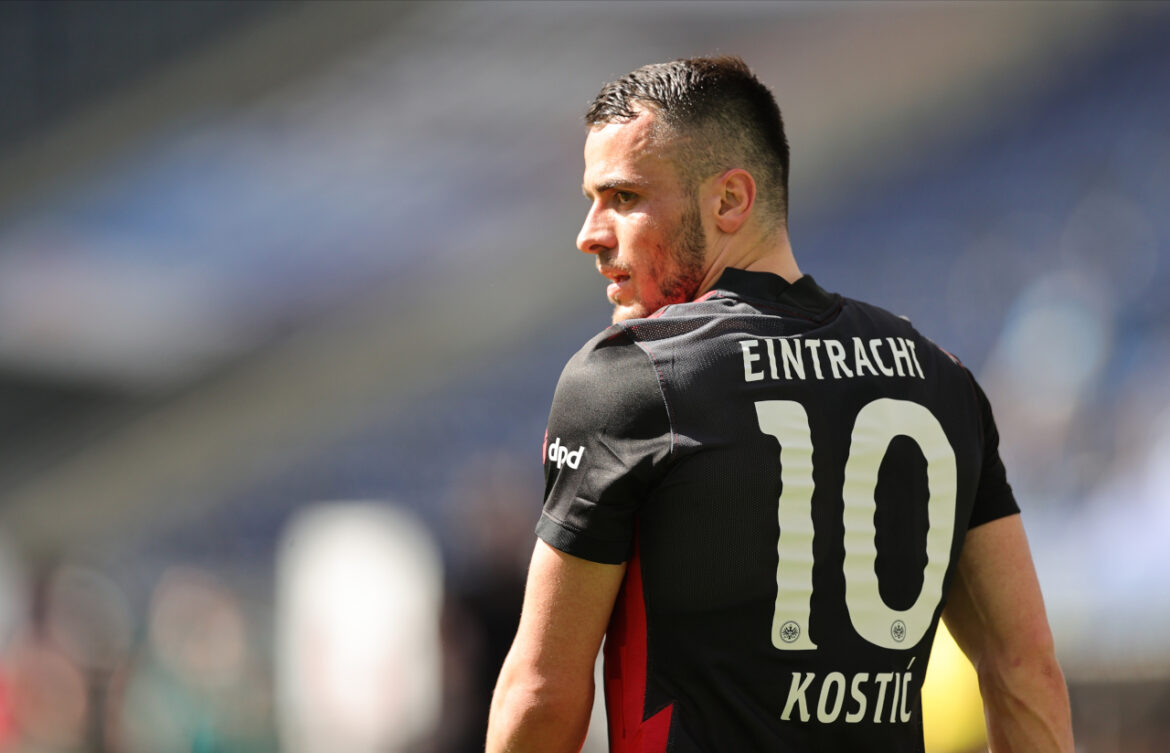 Inter want Filip Kostic next year as they are looking for a replacement for Perisic. The Croatian is expected to leave the club next year as his contract ends in June. Perisic came to Inter in 2015 and he has scored 48 goals and provided 41 assists for the Nerazzurri so far. But he will be 33-year old in February and Inter do not want to give him another contract. Perisic will then return to Dortmund or Wolfsburg in Bundesliga as per rumors. So, Inter are eyeing Filip Kostic from Eintracht Frankfurt as they see him as an heir to Perisic.

Kostic has been impressive for Frankfurt and he wants to play for a bigger club. His agent can help Inter in landing Kostic in January as he is on great terms with them. His contract expires in June and Inter could offer Frankfurt some amount in January so that they do not lose him for free next summer. According to reports Inter are willing to give €8-10 million to Frankfurt for him. And Kostic is willing to play for Inter with a €2.5 million per year salary. He was close to joining Lazio in this summer’s transfer window but that move did not plan out.

Kostic has scored 2 goals and has provided 5 assists in 13 appearances for Frankfurt this season. The Serbian is quick and decisive with his passes. Inzaghi wants these traits from his wing-backs and hence he is pushing for Kostic. The 29-year old is great when it comes to big games as he scored the winner and provided an assist against Bayern Munich earlier this season.

However, Frankfurt’s director Markus Krosche has said that he does not want to sell his key players in January. They want to move up in the 2nd half of the season.