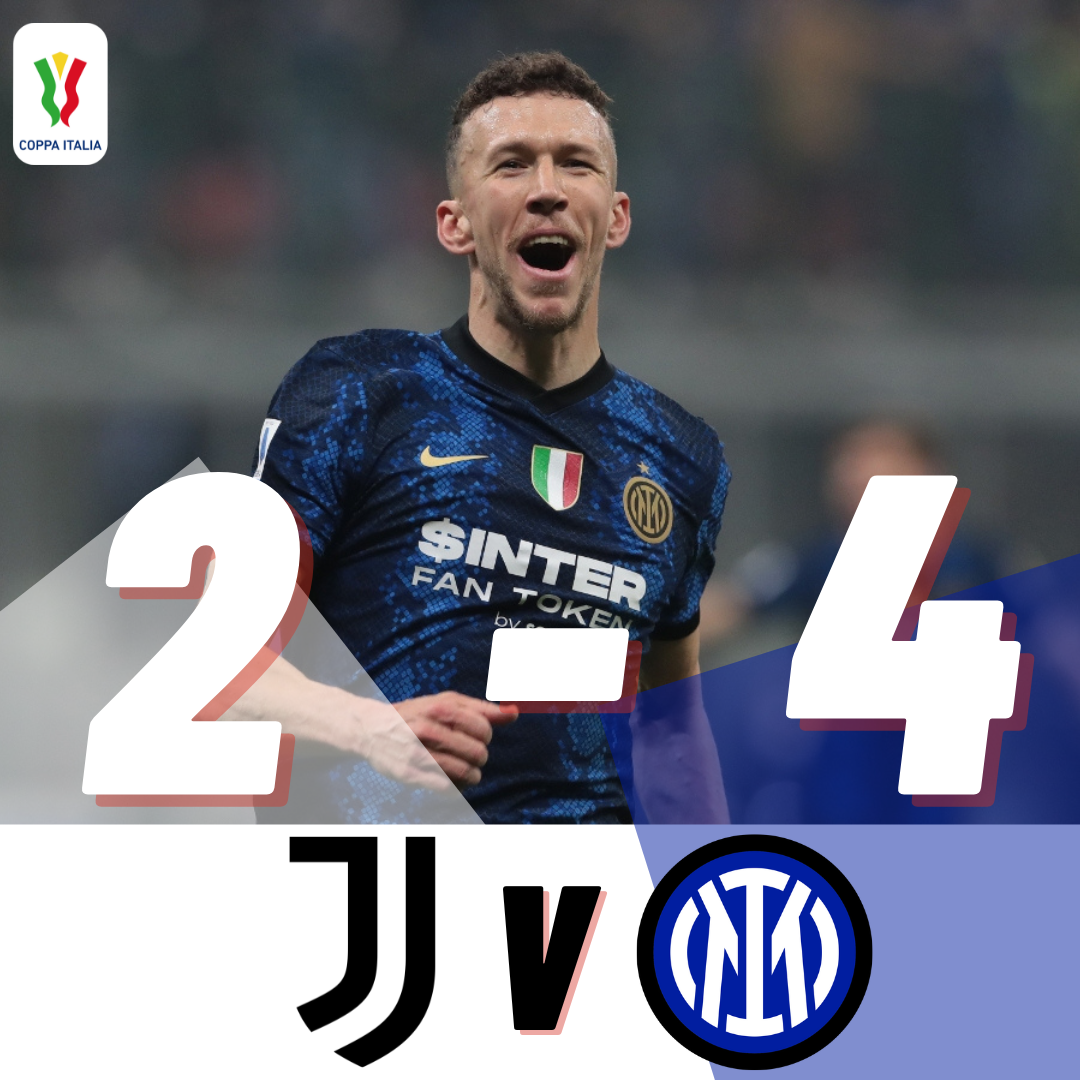 Inter win eighth Coppa Italia in a blockbuster final against Juventus. The Nerazzurri had to battle in the extra time to get their first Coppa Italia trophy in more than a decade. Inzaghi decided not to start Bastoni as he did not want to risk him after recovering from his injury. D’Ambrosio started on the right with Skriniar on left and De Vrij at the centre. Allegri had a compact 4-4-2 shape with Cuadrado and Bernadeschi getting forward from the flanks.

Inter had the perfect start to the game as Barella produced a stunner after cutting in from left around the edge of the box. Perin could not see the ball and Barella’s shot was right at the top corner. Juve were now looking to press high and win the ball early in Inter’s half. Dybala was man-marking Brozovic when Inter had the ball. This restricted Inter in the build-up as Brozovic had to move high to give Inter some space in the middle. While Dybala was able to switch the play from deep positions and Zakaria and Rabiot came forward to win the second ball.

Danilo’s injury meant that Allegri had to change his shape as he brought Morata for him. Juve struggled to adapt to this change for a while as Morata had to play in the left-wing while Bernadeschi had to tuck in the midfield.

Juve did not take much time in finding the equalizer as Sandro found the net from a slight deflection from Morata. Inter’s captain could not save the shot due to the deflection. The Bianconeri completed the comeback with a rapid counter following Inter’s corner. Dybala provided a perfect ball to Vlahovic whose first attempt got saved by Handanovic. But the Juve forward kept his composure and scored on the rebound to give Juve the lead.

Inter then made some like-for-like changes to match the intensity of Juventus. While the Bianconeri brought Bonucci for Bernardeschi to have a back 5 in defence. Inter managed to get the equalizer through a penalty as Lautaro was brought down by Bonucci. Calhanoglu’s penalty hit the post and then went in. The game went on to extra time with an advantage to Inter as Juve were now looking to stay deep. Bastoni came back to action for the Nerazzurri in extra-time via substitution.

Inter got another penalty as De Ligt pushed his national teammate, De Vrij into the box. With Calhanoglu out, Perisic took a brilliant penalty to give Inter the lead. The Croatian then finished the game with another terrific goal. He produced a half-volley from Dimarco’s ball to seal the game.