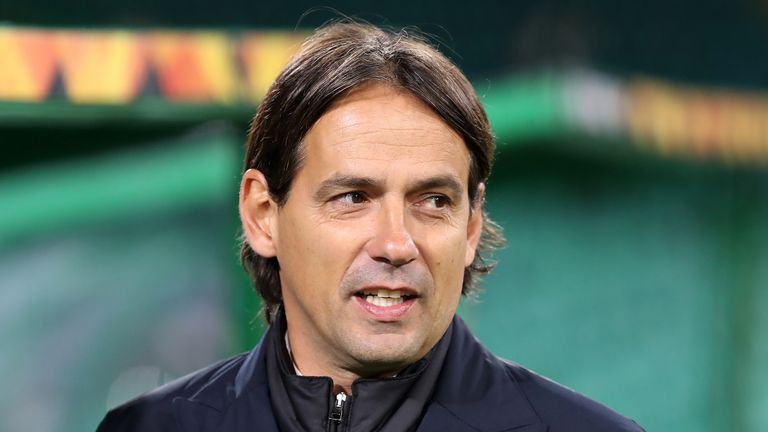 Jose Mourinho praises Simone Inzaghi. The new AS Roma boss feels that Inter have adapted quickly to Inzaghi’s system. In a press conference, Mourinho said that Inter are playing with confidence which shows that they are already familiar with Inzaghi’s style of play. He thinks that Inzaghi has done a good job by making players comfortable in his team. It is also worth noting that Inzaghi used to follow a similar 3 at the back system with Lazio and Inter are already accustomed to that.

The Nerazzurri were brilliant in their first game of the Serie A season as they scored 4 goals and managed to keep a clean sheet. The debutants Edin Dzeko and Hakan Calhanoglu scored a goal and provided an assist. Both of them have managed to fit into Inter easily. So Mourinho feels that Inter can play with their eyes closed as they are very familiar with the style of play.

Inzaghi took over Antonio Conte this summer and has done great work during the pre-season. He started to work on the tactics right after he joined the club. He also talked with several players to make them feel comfortable. The Italian tactician has made sure that the players get to know about their roles. He has kept in mind that players characteristics match with their role. Inzaghi is much more flexible than Antonio Conte which we saw in the first game as he managed the problem of one striker with ease. Since Lautaro was suspended and Sanchez was out due to injury, Inzaghi decided to put Sensi behind Dzeko. He also gave Calhanoglu the freedom to move which helped Inter as he was brilliant in his debut match.

Complements coming from Jose Mourinho are always valuable. The Portuguese has done a great job for Inter in the past.