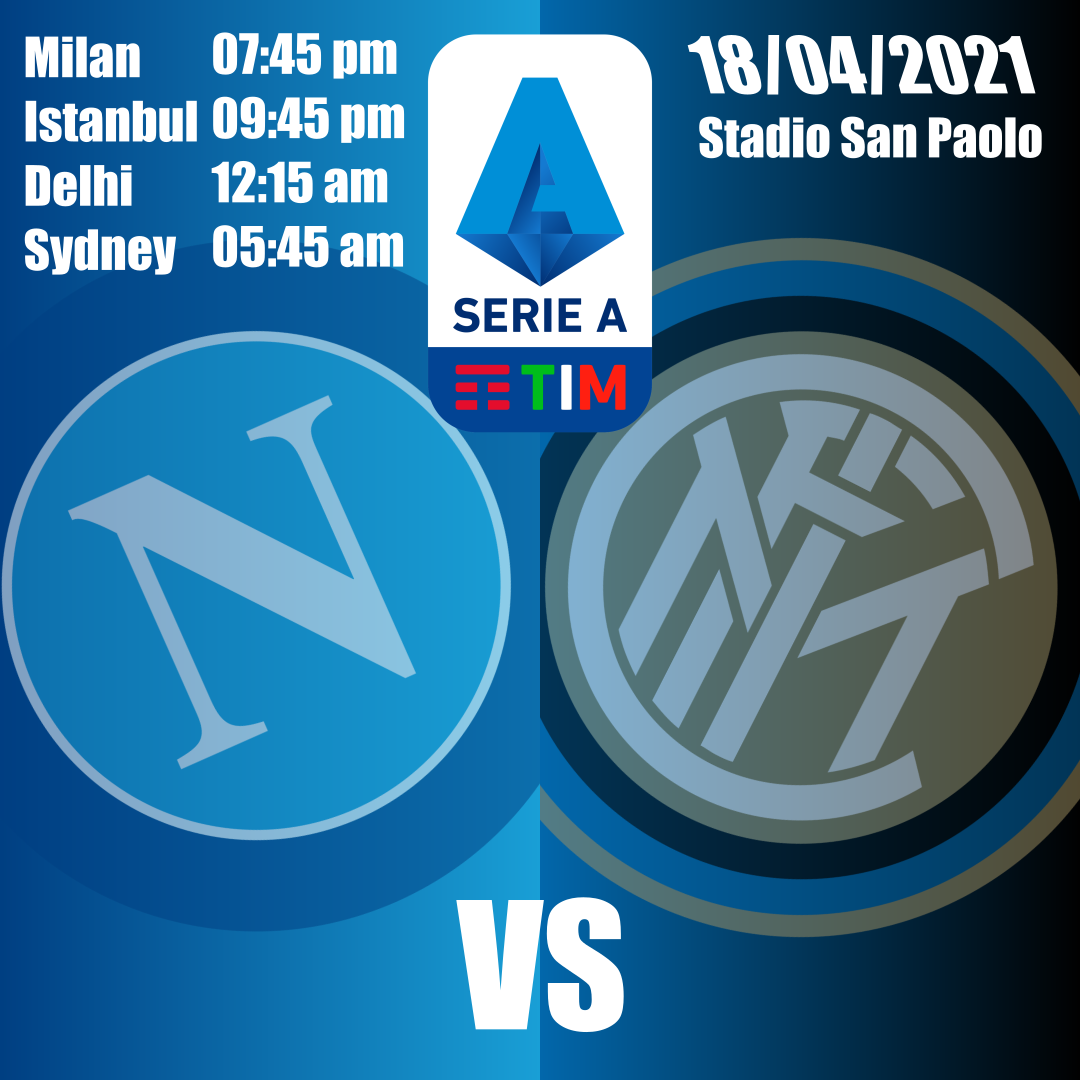 Napoli end Inter’s 11 match winning streak as both the teams had to settle for a draw. The Partenopei needed a win to get joint fourth with Juventus, while the Nerazzurri were after a 12th consecutive Serie A victory. Napoli got the lead with a bizarre Handanovic’s own goal. But in the second half, Eriksen struck a clean strike outside the box to give Inter a point.

Conte gave start to Barella and Hakimi this time. Ospina, Ghoulam and Lozano were out due to injury for Napoli. While for Inter, Vidal and Kolarov didn’t make the trip.

At start of the game, Osimhen took the weak Skriniar pass but Fabian Ruiz struck it straight to Samir. While de Vrij and Koulibaly headed the ball over from set plays. Inter were again looking to defend and attack on counter. So Insigne was sprinting back as the last man to intercept Hakimi from 12 yards. After that, Brozovic’s effort struck the crossbar from close range. But, against the run of play, Napoli took the lead with a bizarre incident. Insigne got down the left flank and gave a cross to Osimhen for a tap-in from six yards. Handanovic intercepted and fumbled the ball after colliding with de Vrij and the ball went over the line.

The Nerazzurri pressed forward and on the stroke of half-time, Meret did well to push the Lautaro through ball off the feet of Barella, with Manolas clearing before Lukaku could get the ball on the rebound. Inter were more aggressive in the second half. After a series of cut-backs were cleared with difficulty, Eriksen struck a clean strike into the far bottom corner from the edge of the box to equalize. Thereafter, Napoli had a huge chance to restore their lead. But Politano’s free-kick was flicked on by Di Lorenzo towards the far post.

Inter are still 9 points clear at the top and will look to extend the lead against Spezia.