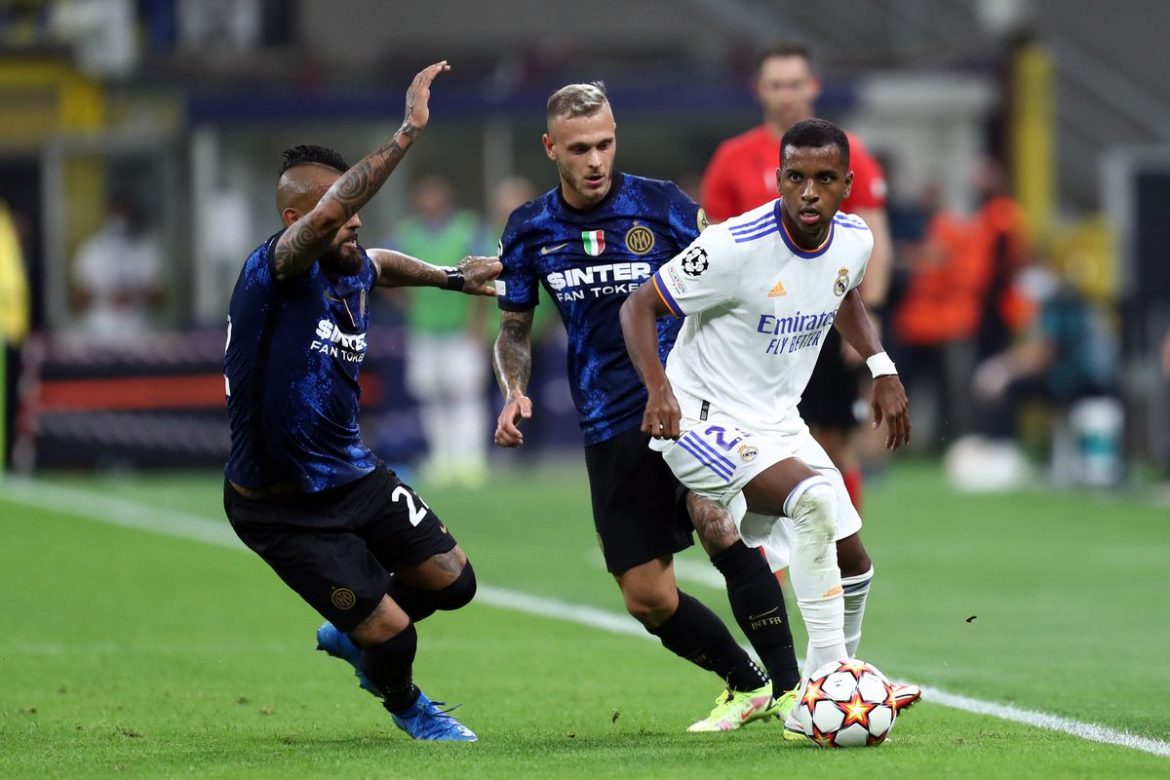 Real sink 10-man Inter and get the first spot in Group D of UEFA Champions League. However, Inter have already qualified for the knockout stages as they finished in the 2nd position. But they will have to be prepared as they might get a tough tie in the round of 16. Inzaghi decided to deploy his best team although he kept De Vrij on the bench as he has just recovered from his injury. D’Ambrosio took the right center back role and Skriniar played in the center.

Real Madrid came into this game with an 8-match winning streak and were tough to deal with. They showed patience without the ball and were clever with their movements with the ball. They were missing their star number 9 Benzema but still managed to win 2-0.

Inter looked good at the start as they were able to play through Real Madrid’s press. But when the Los Blancos dropped back and made a low block, Inter were finding it difficult to get the ball up. Real tried to cut the passing lanes and were looking to counter whenever they won the ball. They managed to score the goal against the run of play as Kroos scored a brilliant goal with his left foot from the edge of the box. Madrid managed to defend and block Inter’s attack, especially from the left side as Perisic was threatening. They could’ve have had a 2-goal lead but Rodrygo’s shot hit the woodwork at the end of the first half.

Inzaghi decided to replace Dumfries who was not defending well against Vinicius Jr and Mendy. D’Ambrosio took his position and Dimarco went to the left-center back position. Inzaghi decided to make 3 changes as Inter were struggling to keep up with Real’s pace. Modric’s movement and passing were causing trouble for Inter’s midfield.

In the 64th minute, Militao pushed Barella on the sideline and the Italian lost his calmness at that moment. He punched the Brazilian in the thigh and got a red card for it. Militao also received a yellow but Real were now well in control of the game. Inzaghi had to take off Lautaro to fill the space in midfield but that left Inter with just Sanchez up front. Asensio wrapped things up with a wonderful strike that hit the corner of the post and went in.