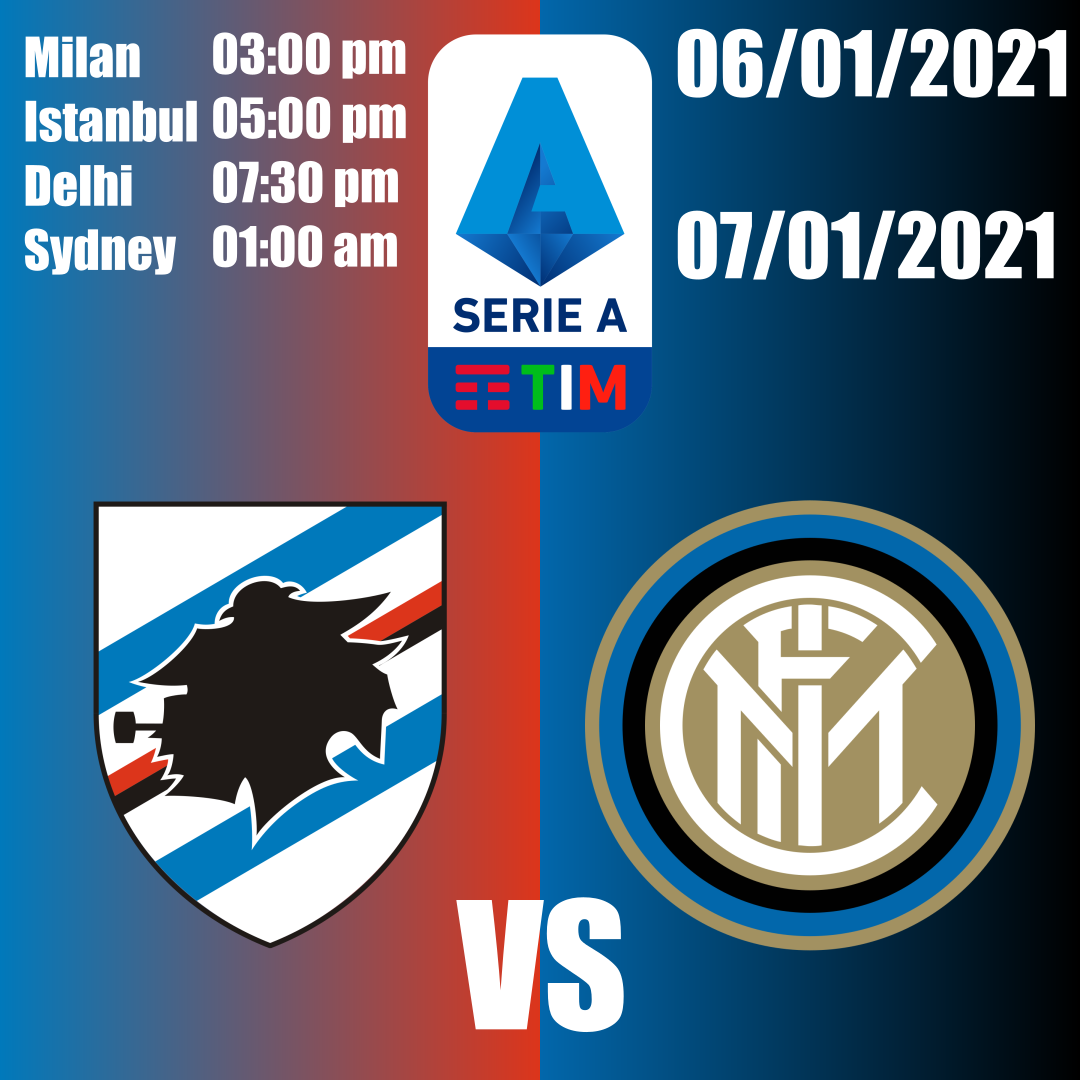 The Sampdoria vs Inter 20/21 away fixture will be a tough one for Conte’s side. Inter are in massive form after winning 8 league games on the trot. But what Claudio Ranieri can often pull off with his Sampdoria side is scary. Ranieri is a master tactician who has won the Premier League with Leicester City. Also, Conte’s men will be considerably tired after their heroics against Crotone at home. Thankfully Lukaku is not in the threat of not starting against Sampdoria. But, if he misses out on the trip to the Liguria club, then Ivan Perisic will take his place. Normally, it’s Alexis Sanchez who fills in for the absence of any striker but he is nursing an injury himself.

Antonio Conte will not start Vidal in this crucial game. The Chilean midfielder acts like a burden for the rest of the team on the field. Against Crotone, Vidal gave away a crucial penalty for the opposition to equalize. Another absence can be that of Ashley Young, who might make way for Matteo Darmian. Darmian looks like a more solid option on the left wing-back slot for now. And with Inter playing an all-important fixture against Roma next, Young deserves some rest. Another starter can be Kolarov who made a brief appearance against Crotone. Conte can start Kolarov and D’Ambrosio to rest two main centre-backs.

Scoring on counters against Sampdoria won’t be easy for Inter. Ranieri’s side successfully blocked a much inspired Atalanta attack. And they’ll look to do the same to Inter. The Nerazzurri on the other hand will look to stretch the game by playing a deep line to open up spaces. This will be a game of limited opportunities and Inter will have to do something new and pounce on early chances.

The Sampdoria vs Inter 20/21 game will be where the Nerazzurri try to make it 9 from 9. It’s surprising how Inter have managed to win so many games despite shipping too many goals. The Nerazzurri defence can be a catastrophe at times. But, Conte’s men have changed the perspective among Italian clubs and fans. For Inter, it’s not a bad thing to ship a couple of goals if you can score 4. While Inter concede a lot, they also score at will. Conte’s Inter are the highest-scoring team in the league so far. Against Sampdoria, Inter will have to tap into their goalscoring resources to get past the Ranieri tactics. Will Inter make it 9 wins for 9 games? They must as Milan and Juventus play each other later in the day and it looks like Milan might drop points.