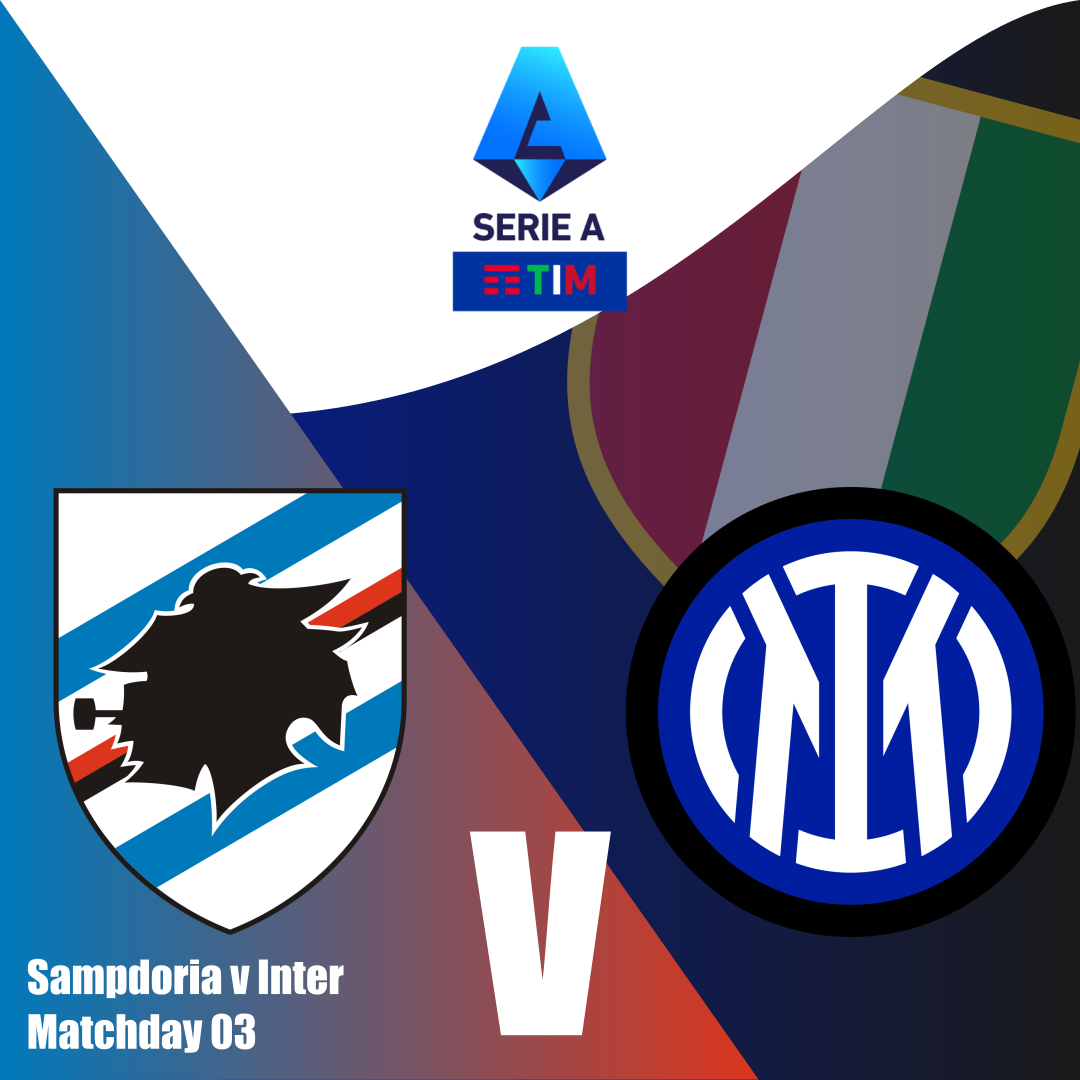 Simone Inzaghi is enjoying the perfect start to his Inter stint with two wins out of two games. With a solid 7-1 aggregate in two games, a defensively solid Inter will travel to Sampdoria for their second away game of the season on Matchday three. Sampdoria vs Inter 21/22 is a crucial fixture for the Nerazzurri as most title contenders are maintaining a 100% record too. Napoli’s win over Juventus has seen them win three out of three. Subsequently, city rivals Milan, capital sides Roma and Lazio have a 100% record too.

Last season, Sampdoria were too good for Inter at the Luigi Ferraris as Conte’s side fell to Claudio Ranieri’s men. Neither of those managers is in charge of the two clubs anymore. And a lot has changed for both these clubs as Inter look far more solid than a winless the Blucerciati. Most importantly, this game will be the real test of character for Inzaghi who is enjoying the Nerazzurri he inherited from Conte.

There’s absolutely no doubt that Simone Inzaghi is a top boss who can weave magic on the pitch. The players have been excellent under his guidance so far as Inter look as strong as last season. But, it will be foolish to overlook that neither of Genoa or Verona were a match for the Nerazzurri. On the other hand, playing Sampdoria away from home is a headache for every side in the league.

Inzaghi won’t have the services of South American players in this game. Although some of them will come off the bench, the likes of Lautaro will be given a rest day. This leaves Edin Dzeko as the only striker available to start the game among the big names. Simone has shown us in the pre-season and in the first two games that he is a flexible coach, unlike Antonio Conte. And that’s what we will see in the Sampdoria vs Inter 21/22 game.

Edin Dzeko will start as the lone striker with Stefano Sensi behind him. Sensi was not convincing enough in the last game he played for the Nerazzurri and he will be keen to change that amid bad press. Correa might come off the bench in the second half to replace Sensi depending on the situation of the match. The midfield three will consist of Barella, Brozovic and Hakan Calhanoglu. Matteo Darmian is a constant on the right wing-back position with Denzel Dumfries getting more minutes in the second half. There have been rumours of a Federico Dimarco debut on either the left wing-back position or one of the centre back slots.

With Perisic not available for the game as he has just returned from International duty, either Dimarco or Dumfries will get a debut as Darmian can play on either side. Dimarco is more likely to get the nod as Darmian is doing a fabulous job on the right wing-back role already. The back three will consist of de Vrij, Skriniar and Bastoni if Inzaghi doesn’t want to rest any of them. The likes of Kolarov, D’Ambrosio and Rannochia are available for the centre-back roles though. Captain Samir Handanovic will start between the sticks and try to improve his performance from the last time out.

Inter will be keen to stop Sampdoria from the wings and limit their crossing ability. It will be necessary to be defensively solid in this game and take every opportunity to attack. Sampdoria vs Inter 21/22 will be a cracker to watch and a real test for the Campioni d’Italia.