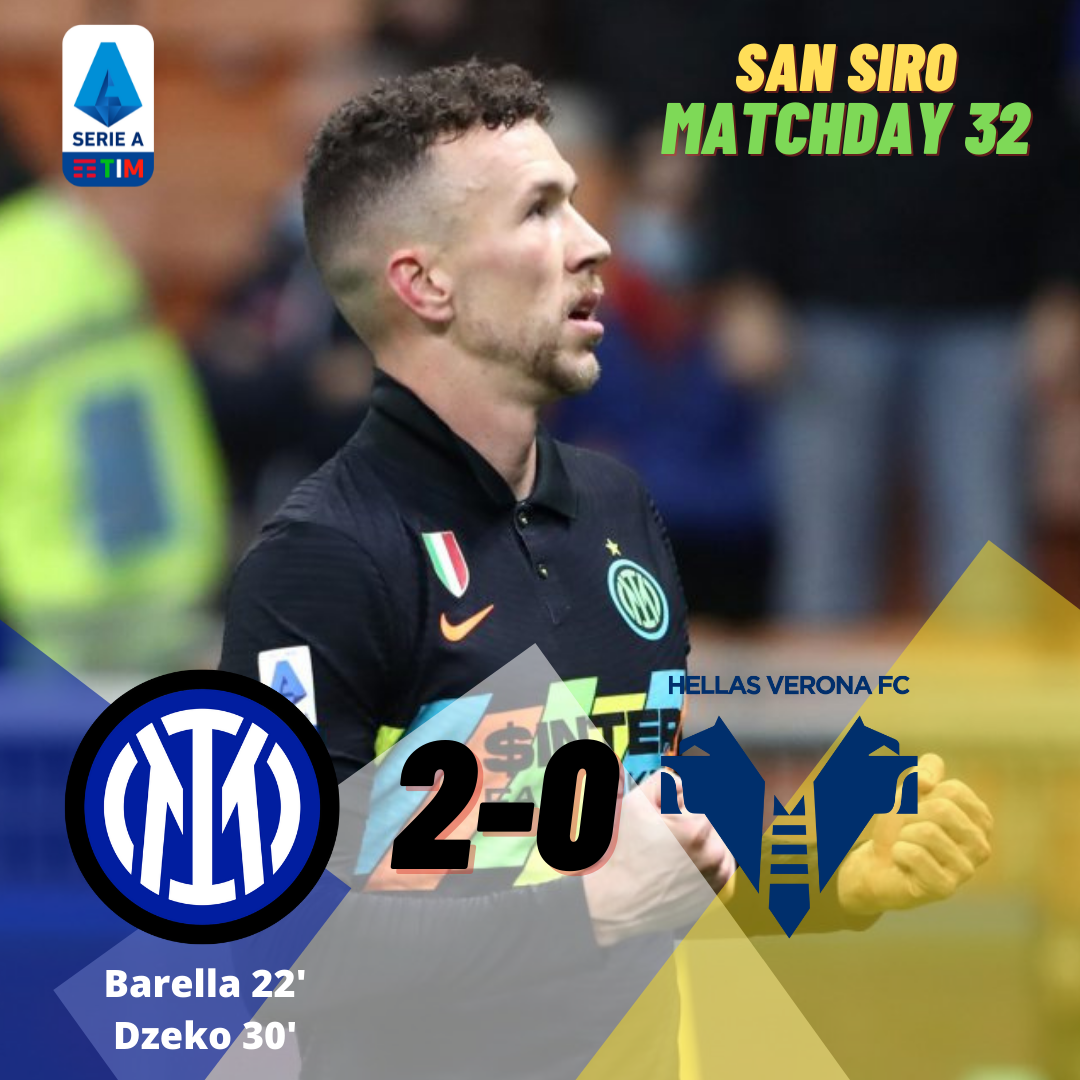 Dzeko and Barella inspire Inter to a 2-0 victory over Hellas Verona at the San Siro. Inzaghi made some changes in the lineup and got the crucial three points. The Nerazzurri are now just one point behind their city rival, Milan, and are on the same level as Napoli. Lautaro was serving his suspension, so Inzaghi decided to start Correa, who had a couple of shots on target. De Vrij was back in the side, but he could not continue after the first half. Dimarco was in for Bastoni to give him some rest, and Dimarco helped Perisic by covering for him.

Ivan Perisic had one of the best games of this season as he provided two assists and had the most key passes in the match. Moreover, he exploited the wide regions perfectly and was a constant threat from the left flank. Tudor had to sub off their captain in the second half, who was tasked to mark him. The Croatian also won the most duels in the game and helped Inter in transition.

Inter had a decent start to the game, as they were dominating possession with Verona staying deep and compact with their back three. Dimarco was making underlapping runs to support Perisic and create overloads as Verona were staying back. Inter got their first goal in transition as Perisic ran down the left flank and provided a pinpoint cross at the far post where Barella came to score.

Inter soon doubled their lead following a corner from Dimarco. It looked like a set-piece strategy as Dimarco put in the ball at the near post, and Perisic glanced the ball back. Edin Dzeko got away from his marker to score an easy tap in and gave Inter a two-goal cushion. Simone was trying to make something happen for Verona as he was testing Handanovic.

Inzaghi made substitutions on time to keep the players fresh in the middle of the park. He brought D’Ambrosio in the second half for De Vrij, and Skriniar moved to the center of the back three. Gosens, Vidal, and Bastoni also came in to give Inter more cover as Verona were now trying to keep the ball more. In the 74th minute, D’Ambrosio had a brilliant chance as Brozoivc gave the ball to him in the box. But, his effort was saved by Montipo with one hand. Inter managed to keep the lead intact till the end and are now at 2nd position in the table.