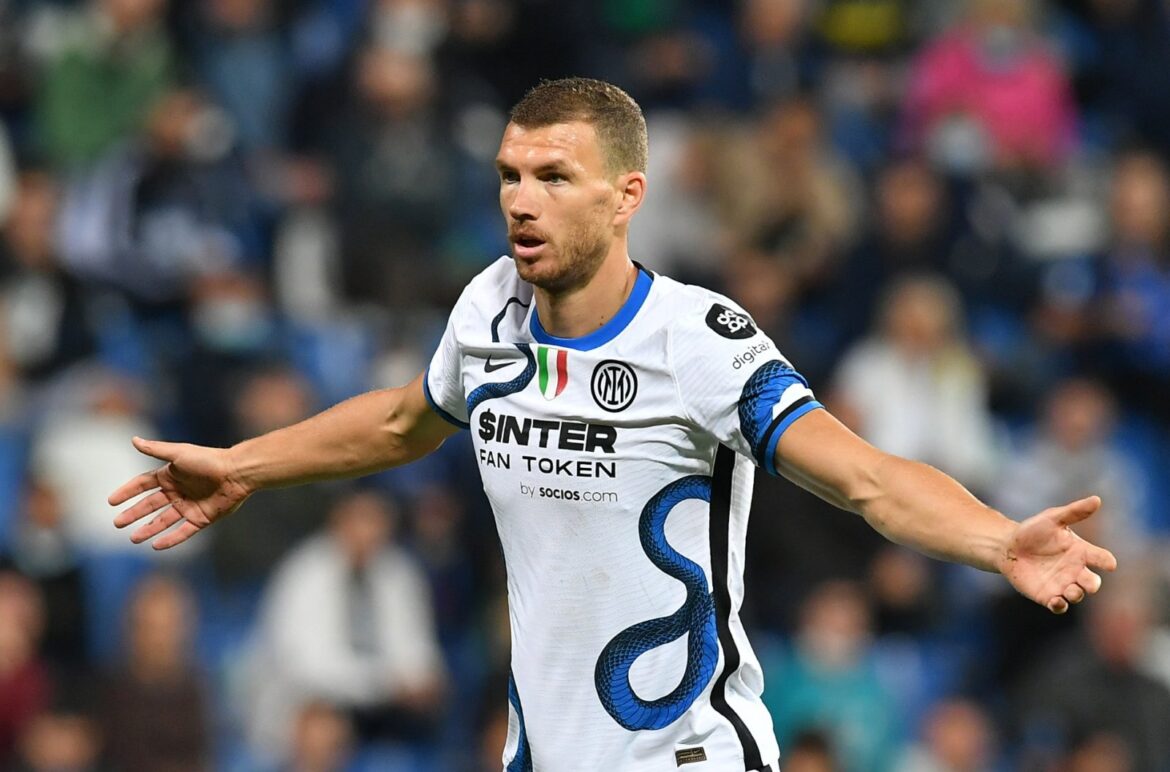 Edin Dzeko hits a brace to give Inter a 2-1 victory over Sassuolo in the Mapei stadium. The Bosnian striker has now over 100 goals in Serie A. Inzaghi made several changes to give some rest to the players, who played in an intense game against Barcelona. Lukaku was still out of the squad, although he is reaching the end of his recovery. Asllani was the number 6 for this game, and Calhanoglu was back in his original position.

Sassuolo had a better start in the first half, as Frattesi almost scored a goal in the opening minutes. But Onana was up to the task and stretched his leg to deny the goal. Lauriente was ready to fire on the rebound, but Barella was there to block it. Inter had a chance to open the scoring as Dumfries took the ball from Erlic, and ran forward, and placed to Lautaro in the box. But the Argentine striker could not keep his sliding shot on target.

Pinamonti on loan from Inter had a chance in the penalty area, but his effort went out. The Nerazzurri took the lead towards the end of the first half following a corner. Dumfries’ header went towards Dzeko, who was unmarked and scored a low volley to give Inter the goal.

A quiet start to the second half saw Sassuolo have more of the ball while Inter were absorbing pressure. Thorstvedt had his shot blocked while Ferrari could not head the ball on target. D’Ambrosio was substituted after receiving the yellow, and Skriniar came in to strengthen the defense.

Frattesi continued his top form as he made a terrific finish in the 60th minute. Sassuolo were knocking on the door and finally managed to score the equalizer. Rogerio gave a brilliant ball in the box while Inter did not have enough men back, and Frattesi made a run from the midfield to finish the first time.

Inter were now eager to regain their lead as Lautaro produced a powering header. However, Consigli was ready to make a point-blank save, and keep the scores level. But Inter soon got their winner as Darmian played the ball to Mkhitaryan on the left side. The Armenian midfielder found Dzeko in the box making the run, and the Bosnian scored his 101 Serie A goal and gave Inter all three points.