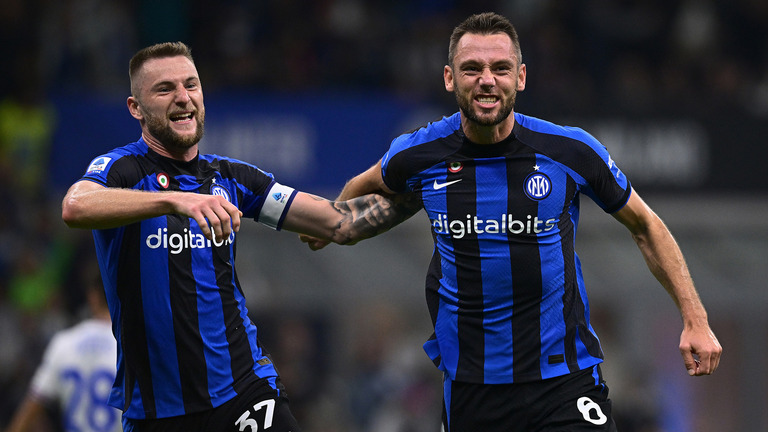 Inter beat Sampdoria and continue their good run of form. The Nerazzurri are now focusing on improving their position in Serie A after qualifying for the Champions League. Inzaghi brought De Vrij back in the defense for Acerbi, and his move worked out as he scored the first goal. The Nerazzurri could have scored more goals if they were clinical.

Inter Milan dominated the game from the start as Sampdoria were looking to go long when they had the ball. The former Inter player Stankovic has a direct approach to the game as Sampdoria do not look to play out from the back. Inter had an early chance in the opening minutes as Lautaro carried the ball and gave it to Dzeko. The Bosnian striker went past a couple of players before firing his shot straight to Audero.

Inter soon got their first goal following a corner from Calhanoglu. The Turkish midfielder found De Vrij in the box, who was unmarked. The Dutch defender leaped to connect and place his header for the opening goal. A few minutes later, Dimarco had a chance but his shot went wide after a tackle from Ferrarri.

Inter got another goal before halftime as Nicolo Barella made a brilliant run forward. Bastoni found his Italian teammate with a wonderful ball over the top. Barella controlled it and smashed it past Audero to double the lead for Inter. The Italian midfielder was playing in a more advanced position for this game.

The Nerazzurri had a brilliant start to the second half as well, they had a chance in the starting minutes, but Dzeko could not keep his shot on target. Skriniar had a brilliant opportunity to make it 3-0 following a set-piece, but his header went wide.

Inzaghi made some early substitutions to give rest to some players, and Lukaku came in the 68th minute along with Correa and Acerbi. The former Lazio players combined for a goal as Acerbi’s clearance went to Correa. The Argentine went for a solo goal and fired in the top corner as Lukaku made space for him. Sampdoria had a late chance, but Onana was able to save it and keep his clean sheet.