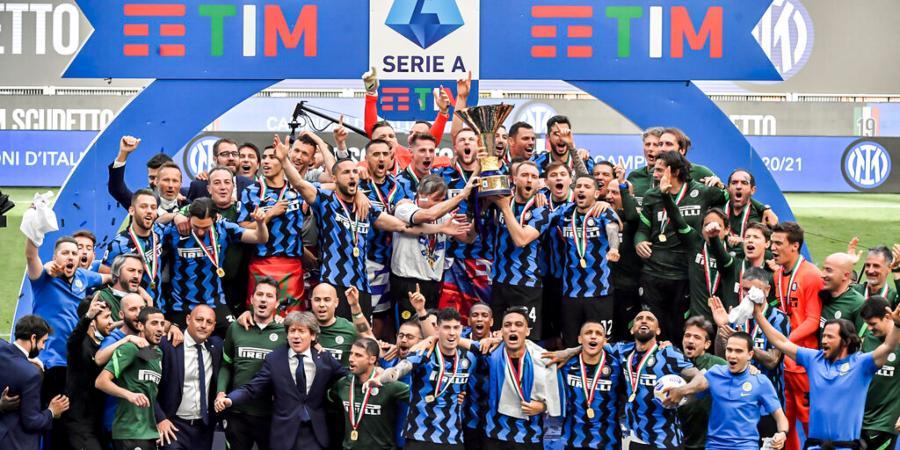 Inter lift the Scudetto after 11 years by dethroning Juventus. The Nerazzurri beat Udinese by 5-1. Juve had a 9-year dominance over the Scudetto. However, this time were struggling to make a place in the top three to qualify for the Champions League. Further, Inter have had a number of problems over the past year. In fact, due to the pandemic, the financial crisis have been immense for the club.

However, on the field, the players have shown great character and hard work to help the Nerazzurri lift the Scudetto. In the last season, Conte was criticized for not being the right fit for Inter. However, under his management, many players like Lukaku, Lautaro, and Barella have established themselves. Lukaku is one of the best strikers in Europe at the moment. Recently in an interview, Lukaku owed his success to Conte. The Nerazzurri boss has instilled positivity and a winning spirit in the squad.

Inter lift the Scudetto and celebrate with their fans

Ashley Young scored his first goal of the season for the club. Further, 1,000 fans were allowed in the 75,000 seater San Siro. More than 4,000 fans waited outside the stadium when the team bus arrived with fireworks and singing the anthem. In fact, the players also celebrated the success with the fans. The players knew that the fans had been waiting for this for a long time.

Eriksen graced the field as he came off the bench and scored with a freekick. On the other hand, Martinez made his 100th Serie A appearance with his third goal from the penalty. Further, Ivan Perisic and Romelu Lukaku scored in the second half too. Plus, Samir Handanovic scored an undisturbed goal against his former club. He crossed Walter Zenga to become the goalkeeper with the most appearances for the club. Juve finished 4th in Serie A behind and AC Milan Atlanta.