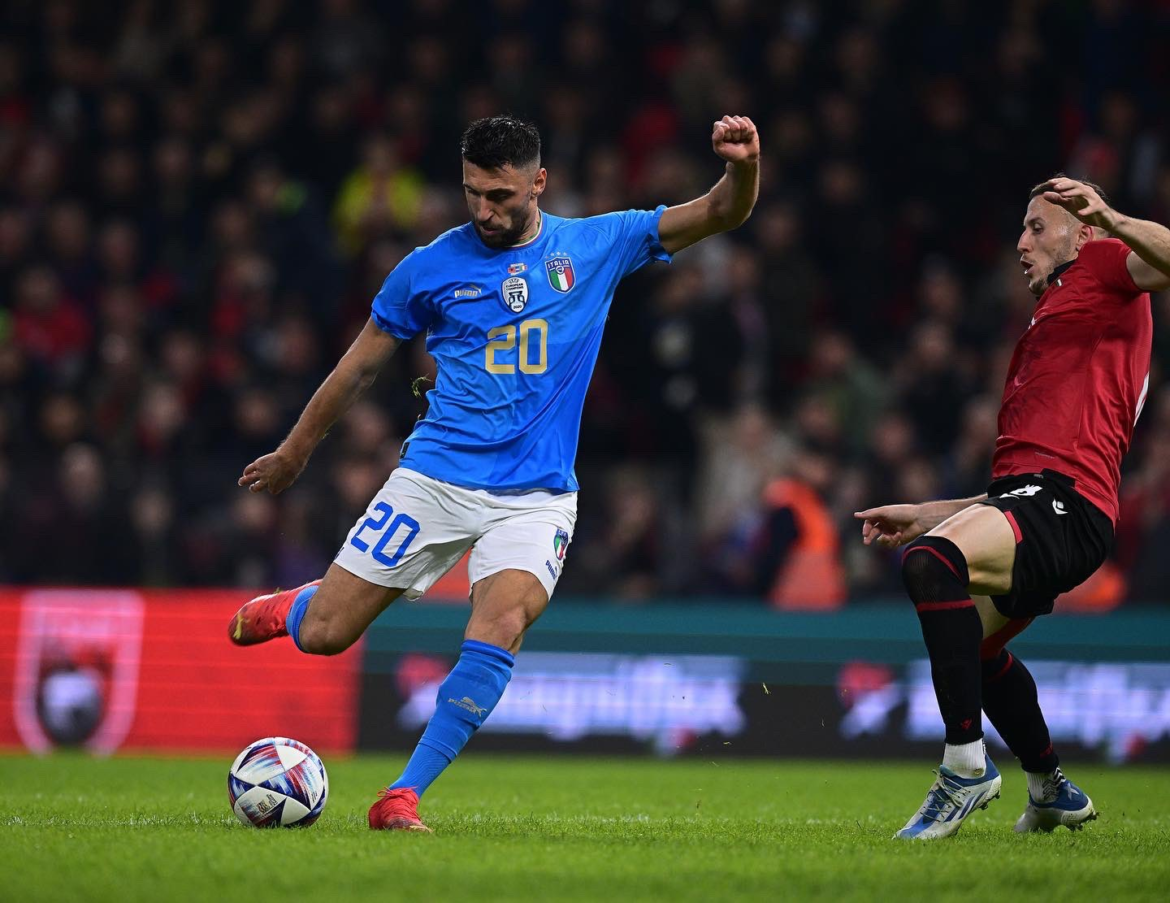 Italy beat Albania in their first international friendly, as Mancini experimented with his lineup. The Italian manager took advantage of the friendly by playing a different setup, and some different players. New players stepped up and grabbed the opportunity with both hands, as Grifo scored a brace, and provided the assist for the first goal.

The Azzurri were looking to dominate the game and had Albania pinned to their half. However, they were not clinical with their first attack as Zaniolo shot over the crossbar from a rebound. Albania were keen on getting something from the set pieces or counter. They had a chance with a free-kick, and Ismajili from Empoli produced a thumping header from his teammate Bajrami’s delivery.

Italy responded soon, as Albania’s defense turned off during a throw-in. Dimarco quickly gave the ball to Grifo, who found Di Lorenzo making a run at the back post. The Napoli defender managed to score the equalizer calmly. Raspadori managed to take the ball from the Albanian defender to spur a counter. The Napoli forward squared it at the right time to Grifo, who curved it past Berisha from Torino to take the lead.

Albania were pushing numbers forward at the start of the second half. Italy had to absorb the early pressure, and they worked their way through Albania. Grifo had another chance to score, but his shot hit the crossbar and landed ahead of the goal line. The game was more open, and Albania had a chance on the other end, but their shot hit the crossbar too.

Bonucci made a goal-line save after Albania orchestrated a counterattack. The Italian defender was in the right position when the ball came to Lenjani after hitting the crossbar. But on the other side, Italy combined brilliantly for the third goal. Verratti made a run from the midfield, and Zanilo played to him between the lines. The PSG midfielder squared to Grifo, who had space to shoot as Raspadori made a dummy run. The Freiburg winger scored his second by placing it in the right corner and sealed the game.