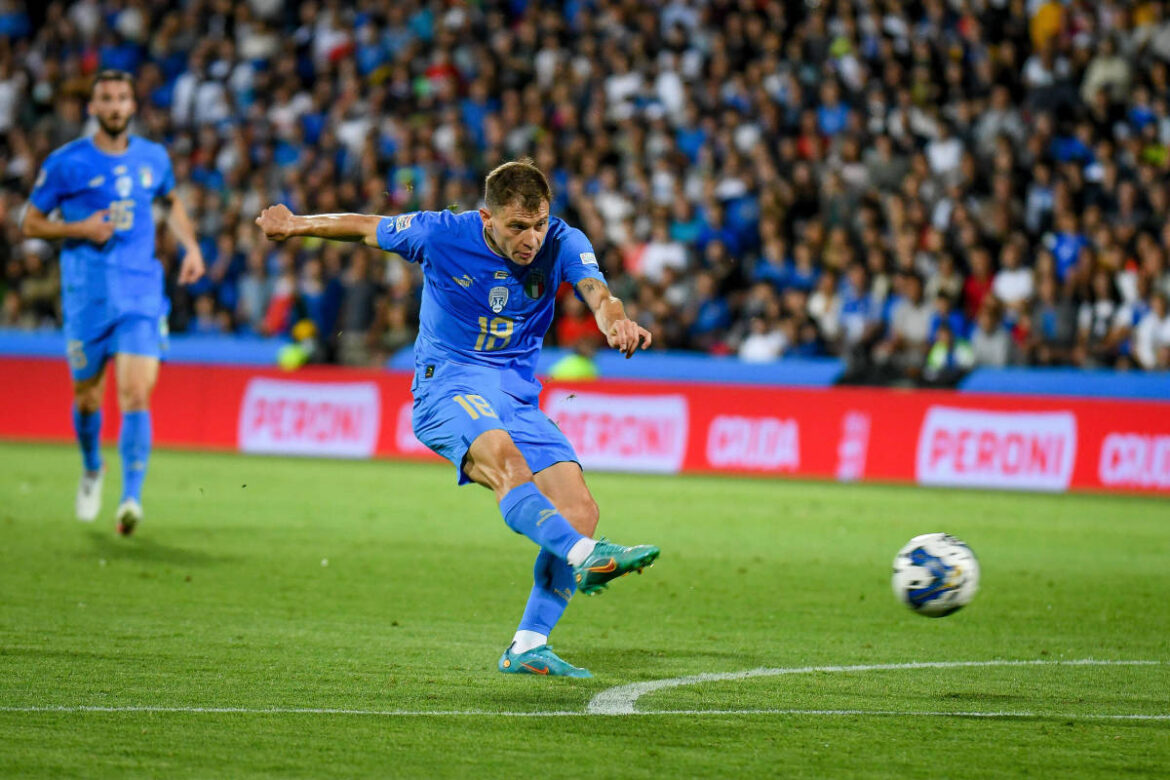 Italy top Nations League group as they beat Hungary 2-1. The Azzurri started their Nations League campaign with a 1-1 draw against the mighty Germans. Thanks to the draw between England and Germany, Italy are on the top of the table for now. Italy are trying to make the transition as the veterans are slowly leaving the club and Mancini wants to give chances to the young players. He is also giving rest to the players as it is hard for players to stay competitive after a long season.

Mancini made six changes to the side that managed to get a draw against Germany in their first match of the Nations League. Bastoni and Barella started for this game and both played a crucial part in Italy’s victory. Bastoni had the best pass conversion, made two crucial tackles, and won 5 duels in the match. Barella scored a brilliant goal as Spinazzola who returned to the team after his injury gave the ball to him. The Inter midfielder blazed the shot to the top corner. It was his 8th goal for Italy and no one has scored more goals than him under Mancini in all competitions.

Pellegrini scored just before halftime to give Italy control of the game. Gnonto, Inter’s former academy player got his first start for the national team and played for the full 90 minutes. Also, Dimarco came on in the 75th minute for Spinazzola and performed well. Italy did concede an own goal but managed to keep their lead.

The Azzurri have tough fixtures ahead of them as they will face England and Germany soon. Mancini might want to start some of the experienced players in these games. But he will be impressed with the performance of the young players so far.