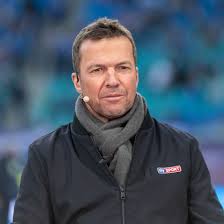 Matthaus could have joined Juventus before Inter if he would’ve wanted. However, the German was indecisive in terms of transfers. Thus, he dropped the offer. He attracted interest from several clubs when he was 20. And he could’ve earned a lot more at the Bianconeri. In his early days, he played for the youth team called FC Herzogenaurach, a local team located near Bavaria. His professional career in football started with Borussia Mönchengladbach of the Bundesliga back in 1979. Further, he played for the club for five years till 1984.

He also played for Bayern Munich from 1984-88 before joining Inter Milan. He joined the club with a Bayern teammate Andreas Brehme in 1988. They won the Scudetto 1988-89 in their first year with Inter. Inter also won the Supercopa Italiana that year. Matthaus enjoyed success with Inter for several years. He was named the FIFA World Player of the Year when Inter won the UEFA Cup in 1991. Since he had tasted enormous success at Inter, he moved back to Bayern Munich in 1992 and won several titles there.

Matthaus could have joined Juventus, depriving Inter fans of the memories

Matthaus also revealed in an interview that he could’ve joined Real Madrid in 1991 but the deal could not go through in the end. He said that he met the Real Madrid president, Ramon Mendoza, and everything from salary to the contract was fixed. However, the clubs’ fight over Ivan Zamorano put the possibility of his transfer to rest. Matthaus made 154 appearances, scored 53 goals, and provided eight assists for the Nerazzurri.

If Matthaus had not become a part of Inter back then, the fans would’ve missed his extraordinary contribution to the club. And also the memories he has left behind. The German retired at the age of 57, playing his last game for the first club he played for. FC Herzogenaurach had already won the league title and they included him in the match to fulfill his wish of playing for his first club. Currently, Inter are on top of the Serie A list with a nine-point lead. The Nerazzurri should be optimistic about the Scudetto with this far a lead.