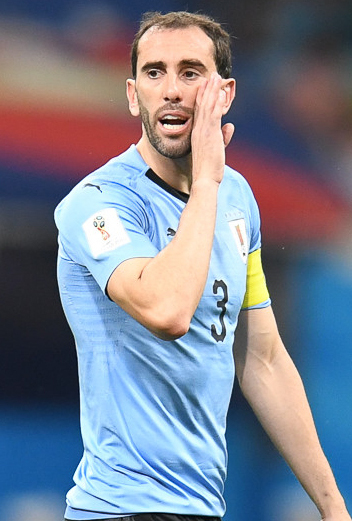 My departure was Conte’s decision says former Inter player, Diego Godin. When asked about his sudden transfer, he said only Conte, Ausilio, and Beppe Marotta might know. However, he said that Conte had a larger hand in it. He plays as a center back for Cagliari and the Uruguay national team. At the age of 17, Godin started his career with C.A. Cerro. After his consistently good performances, he got a transfer to Primera División powerhouse Club Nacional de Football.

Soon, he became the captain of the club as he was mature and handled things with utmost professionalism. In 2007, he joined the La Liga club Villareal CF on a five-year-long deal. Further, he experienced his best season at Villareal, making 36 appearances, scoring 3 goals. Then he joined Atletico Madrid on a five-year contract for a reported fee of €8 million. And then in 2013, he extended his contract with Atletico Madrid till 2018. Godin rejected a transfer offer from Manchester City that his former coach managed. In May 2019, he finally decided on parting ways with Atletico Madrid. After his nine-year spell, the 33-year old handed captaincy to Koke.

My departure was Conte’s decision, says Diego Godin on his early transfer

The 33-year old joined Inter Milan on a three-year contract for free. Since he had already signed a contract last January. In that one season with Inter, the Uruguayan played for the club, Inter ended up one point behind Juventus. Inter hadn’t reached the European finals for 10 years until then. Further, he also talked about other players that moved. Radja Nainngolan was offloaded to Sardinia. However, he didn’t play there.

And as he moved to Cagliari, he hadn’t played for the past 6 months. On top of that, he was diagnosed with Covid-19. While he is recovering now, his move away from Inter wasted a prime part of his career. Godin has made 19 appearances for Cagliari this season. The Cagliari are in the bottom three at the moment, one point behind Torino. Inter are 6 points ahead of city rivals AC Milan, on top of the Serie A.