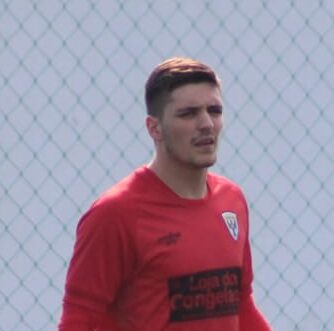 Rui Silva to Inter possible as the Portuguese has said he will not renew his contract. Silva might be interested in making a move away from Granada. The Portuguese footballer started his career in football with a local club FC Maia. Furthermore, in 2012, he joined C.D. Nacional and completed his development with them. He kept a clean sheet in his debut match in January 2014 as they won by 2-0. He made his Primeira Liga debut in May the same year.

Silva joined Granada in 2017 on a four-and-a-half-year contract. Further, he came in as a replacement for Levante UD-bound Oier Olazabal. It cost €1.5 million for Granada. However, he remained unused for the first whole season. In fact, he remained a second choice, to Javi Varas. He made his debut in September 2017 in the second round of Copa del Rey. They lost by 3-0 defeat from Real Zaragoza. He made only four league appearances while he was also grieving the loss of a family member at the time.

Rui Silva has developed himself at the Spanish club and has just the right chance to make a move away. He has shown great potential over time. The Portuguese footballer has also confirmed that he will move on a free transfer. This is good news for Inter considering the economic difficulties.

Inter are not the only candidates in line. Barcelona and Everton have also shown interest in Silva. Rui Silva’s move to Inter will be a plus for them as he will come on a free transfer and an affordable salary. On the other hand, next season is going to be Samir Handanovic’s last as number one. This way, Inter will get to sign Silva and test his skills in goal. Will this move be seen in the summer window?