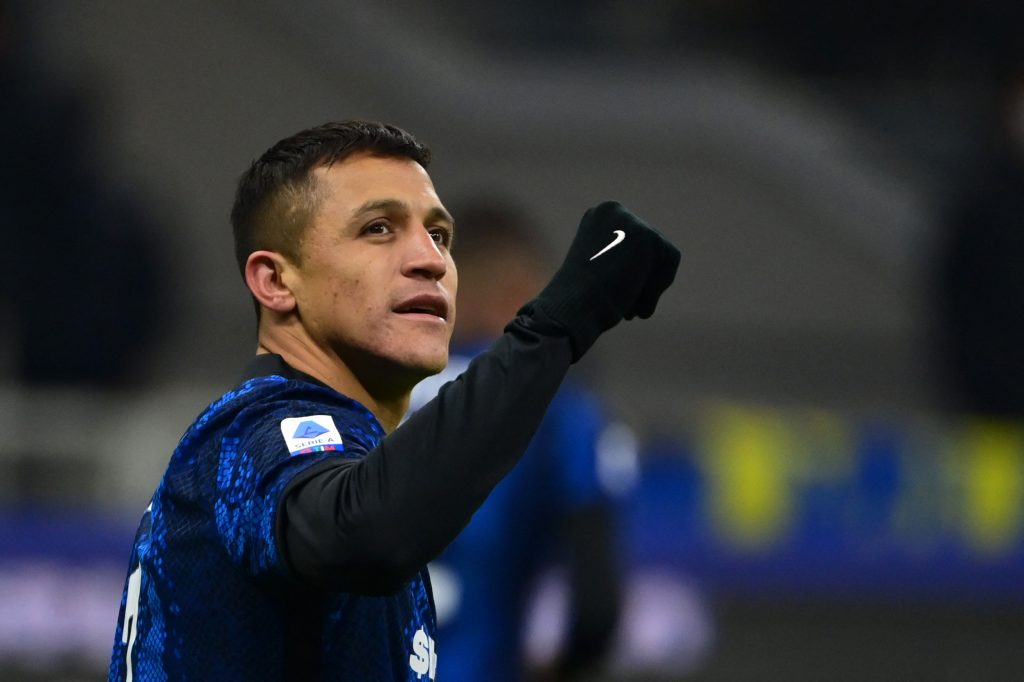 Alexis Sanchez is set to leave Inter Milan after this season. The Nerazzurri are planning to sign Gianluca Scamacca in summer from Sassuolo. So, Inter are planning to make room for the 23-year old by selling the Chilean. Alexis Sanchez still has the highest wages in Inter Milan, so the Nerazzurri are thinking to offload him to cut the wage bill. This will also help Inter save big bucks for the Italian striker from Sassuolo.

However, the Chilean international has been terrific for Inter in recent games. He scored the winner against Juve in extra time and gave Inzaghi his first trophy at Inter. Also, his playmaking abilities bring something different in Inter’s attack. But still, Inzaghi prefers to start Dzeko and Lautaro in big games. And Sanchez is getting more minutes because of Correa’s injury. Also, with the arrival of Caicedo, He might get even less game time.

Scamacca has been performing well this season, despite Sassuolo’s dip in form this season. He is behind their star player Berardi in the top scorer list. Berardi has three penalty goals to make it 10, while Scamacca has 9 goals. Despite his height, Scamacca seems to have great control over the ball, and he has a smooth first touch, which helps him to score in tight situations.

Inter can get the best out of him with two strikers at the front as he likes to play with another center forward. He is a versatile striker, and his movements create loads of problems for defenders. People compare him to young Zlatan because of his control on the ball and his link-up play with his teammates. His link-up play has helped him create a lot of chances, so he will suit the Inzaghi system.