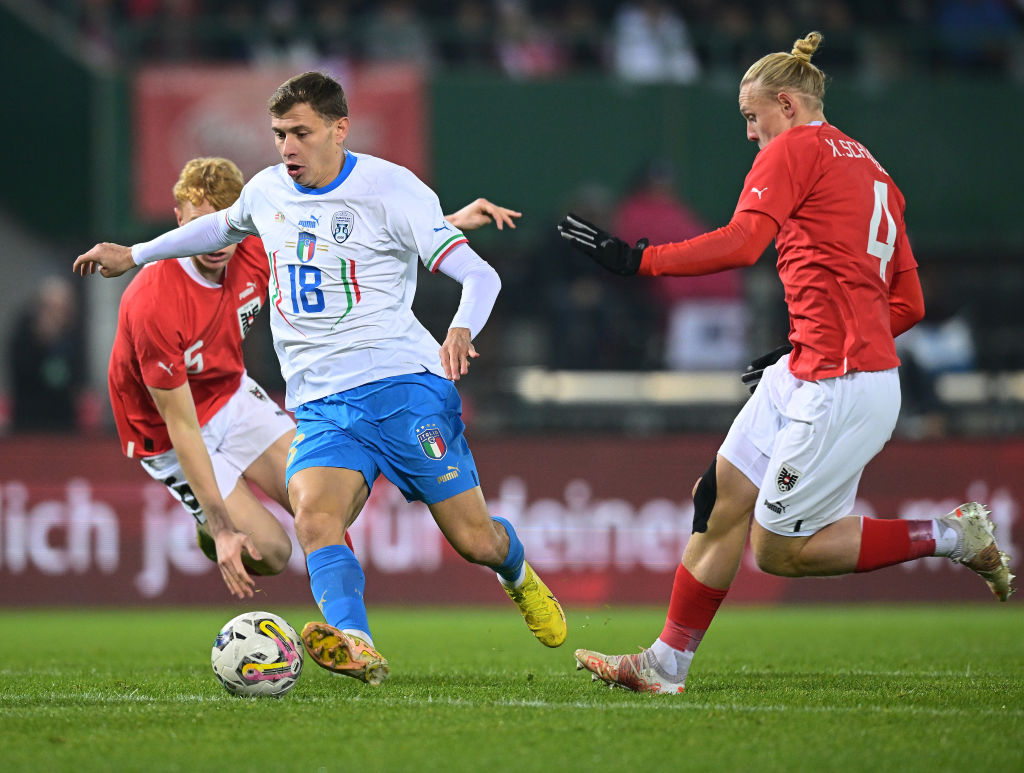 Austria beat Italy in their last international friendly as the Azzurri end the year on a low. After failing to qualify for the World Cup in Qatar, the Azzurri planned to play a couple of friendlies. They came into this game with a brilliant 3-1 win over Albania. But Austria brought their A-game last night, and Italy could not compete.

The hosts had a good start to the game with their direct style of play. They had a penalty shout in the opening minutes, however, it got turned down. They were clever with blocking the passing lanes in the center, so Italy had to move wide. Austria triggered the press when Italy got the ball on the flanks.

They took an early lead as Schlager stole the ball from Verratti in midfield. He then raced forward to receive Arnautovic’s low pass in the box. The RB Leipzig midfielder then steered the ball into the left post with a low shot while Donnarumma only got his toe to it.

Austria had more chances after getting the lead and pinned Italy down to their half. The Azzurri were struggling to evade the press and work the ball forward. They were targeting the left flank as Gatti was not having a good game. Also, the midfield duo of Verratti and Barella was not sturdy enough. The Nerazzurri midfielder had to defend and restrict his offensive game.

The hosts already had over eight shots at goal after the half-hour mark, and Amadu struck the post a few minutes later. They got a free-kick from a promising position, but it was still far from the goal. The Austrian captain, David Alaba stepped up to take it. The Real Madrid defender struck an unstoppable free-kick from a distance to make it 2-0. His dipping free-kick hit the crossbar and went in, giving Donnarumma no chance.

Mancini made several changes after half-time as Italy were torn apart. He changed the entire right flank from Gatti to Politano. He also brought Zaniolo to help Italy in the midfield. So, Italy had more possession of the ball, giving Austria fewer chances. But they did not create enough to get their opening goal. The Azzurri will now prepare for Euros 2024 qualifiers in March.