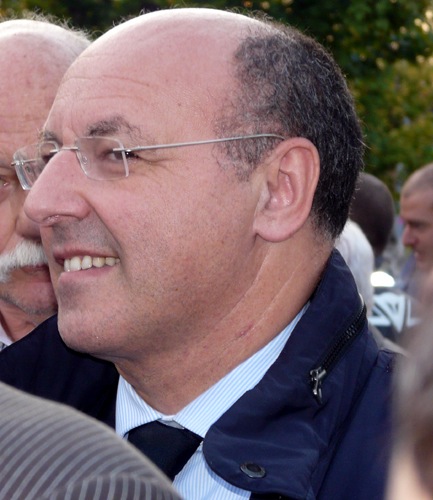 Beppe Marotta, Inter’s CEO will Resign As FIGC adviser. Due to the Super League Chaos. As reported by Corriere Dello Sport print edition. So, Inter’s chief executive might resign tomorrow from his position as the Italian Football Federation’s adviser to the Lega Serie A.

Beppe has shared the role with the Lazio president Claudio. But his position is now seen to be false by many Serie A officials. Torino’s president Cairo in particular. He got the FIGC advisor post in February. But Inter went for a break away, along with 11 other European clubs. This has made things difficult for Marotta.

Beppe Marotta will resign from the post of FIGC adviser

The whole Serie A board have had a video conference meeting on Monday. Since the 12 European clubs, including Juve, AC Milan and Inter, became a part of the Super League. In the meeting all the clubs said that they wish to play in the Serie A. However, Torino’s Chairman Cairo told the news agency ANSA that Inter’s Director Beppe and Juventus’ President Agnelli betrayed the league. So both of the clubs should be under action. But Corriere Dello sport state that nothing of such sort will happen. Also, Lega Serie A president Paolo Dal Pino will not do anything to hamper this case. Hence, this means that the three clubs should be allowed to continue in the Serie A without any problems. Italian Football President Gravina has also made it clear that Italy were totally against the Super League project.

However, Inter can face legal actions since they got out of this European Super League project. The legal documents reveal that Inter and all the other clubs who signed the contract can face legal actions. As stated by Financial Times. Inter are one of the nine clubs who got out of the Super League on yesterday. The Super league has got hate from everyone like fans, pundits, players and many clubs. So, the project is finally going down for good.