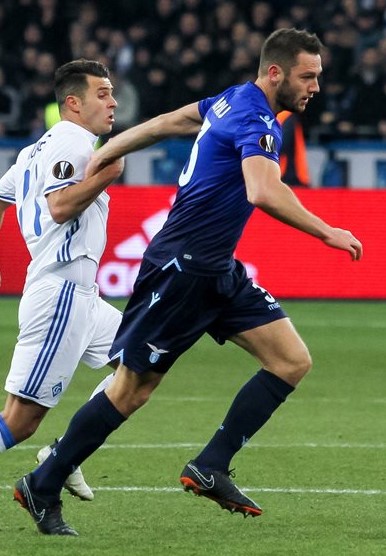 De Vrij is on Liverpool’s radar as they want to sign the Dutchman this year. Not just Liverpool, Manchester City, and PSG are also ready to present an offer for the Dutch. Vrji’s performances have led Inter to a satisfactory league season. In fact, Inter are drawing close to the Scudetto win this season. With 9 games to go, and a realistic win against Sassuolo yesterday, they’re 11 points ahead of Milan.

Stefan de Vrij began his football career with a local club called VV Spirit. He played for the club for five seasons. He played as a central midfielder at VV Spirit. However, he developed into a defender at Feyenoord. Then, after a while and a friendly match he was asked to join Feyenoord’s youth setup. Further, he signed his first professional contract with them in 2009. It was a four-year contract till 2012. He had made 21 appearances for the club out of which 17 were league ones by the age of 18.

De Vrij is on Liverpool’s radar, PSG and Real Madrid eyeing him too

De Vrij joined Lazio in 2014 on an undisclosed fee. He sustained a knee injury during national duty. Thus, he was on rest for 6 months after which Lazio announced his free transfer in the summer window. Thus, he joined Inter Milan on 1 July 2018. He signed a five-year contract with the club till 2023. He has made 118 appearances for Inter so far, scoring 7 goals and providing 6 assists. If an offer “too good” comes along the way, the Nerazzurri might change the decision of contract extension.

Since Liverpool have had issues in defense they’re certain of getting a center-back this season. Another option that they have in mind is RB Leipzig’s Ibrahima Konate. They’re far from winning the League for a while but they’re also losing the chance to end up in the top four. Inter will next face Cagliari on Sunday to keep up with their winning streak after beating Sassuolo by 2-1.