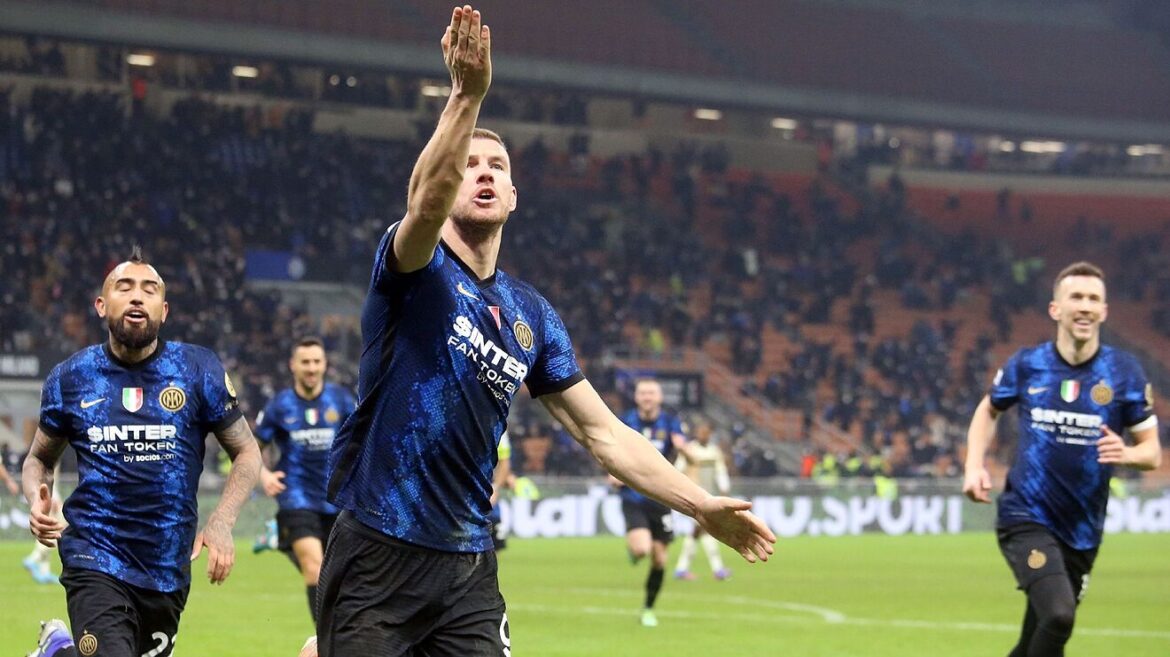 Edin Dzeko strikes a late winner to give Inter Milan a 2-1 win. The Nerazzurri had to battle till the end to get the three points. Dropping two points against Venezia would have been a huge disappointment for Inter, but they managed to get the win with Dzeko’s header in injury time. Inzaghi decided to deploy his best 11 at the San Siro as Dzeko replaced Sanchez and De Vrij was back at the center of the back three. While the visitors had an unfamiliar starting lineup because of the COVID cases in their camp.

Inter started to dominate the game right from the start. The visitors were sitting deep with a low and compact block, giving Inter no space. Moreover, they were keen to counter through flanks whenever they got the ball. Perisic was playing like a winger when Inter had the ball as they tried to pin back Venezia. That gave the visitors enough space to exploit on the break.

Dzeko strikes a late winner in the injury-time

Venezia got the lead in the 19th minute as Ampadu whipped in a cross from the right flank. Henry drifted in between Darmian and Skriniar at the back post to plant a firm header that touched Handanovic’s fingers. But, Inter’s captain could not keep it out as Inter were one down at the San Siro. Venezia did not pose enough threat after that goal and, Inter were trying to break their defense. They finally got their equalizer in the 40th minute as Perisic placed a volley following Darmian’s cross. Lezzerini managed to save that but, Barella pounced on the rebound to make it 1-1.

Inzaghi brought Dimarco in for Bastoni to make overloads from the left flank. Dimarco created some chances with his crosses but, that was not enough to break through. Inzaghi made more substitutions as Inter were searching for a winner. Dumfries, Vidal and Sanchez were subbed in for Darmian, Barella and Lautaro. Inter were able to score the winner in the injury time as Dumfries provided an accurate cross. Dzeko jumped above Venezia’s defenders to place his header that gave Inter the lead. Vidal had a chance at the last minute, but the Chilean could not beat Lezzerini and, the game ended with a 2-1 scoreline.