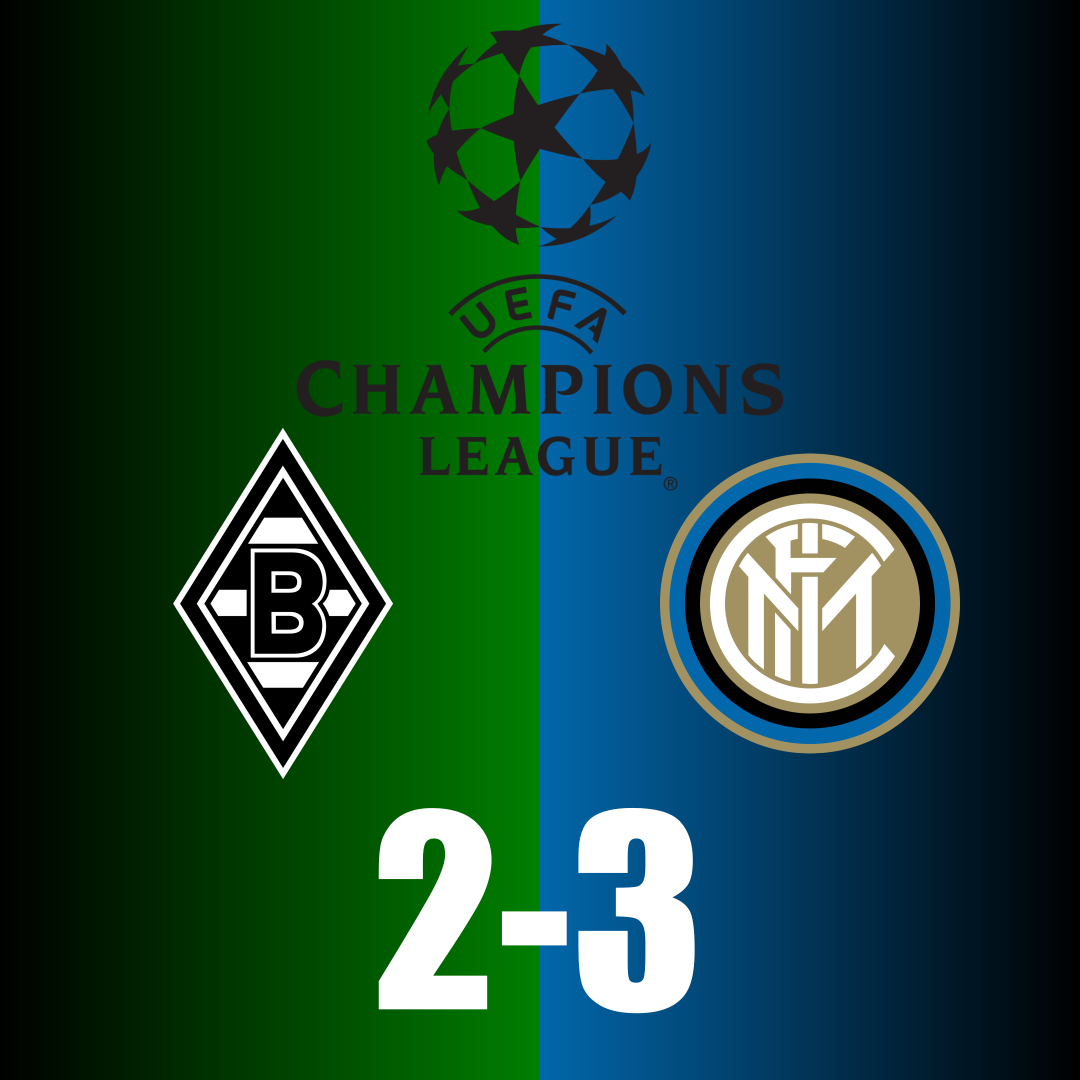 Inter beat Borussia 3-2 as the Nerazzurri stay in the hunt for Champions League round of 16. In a better late than never story, Inter registered their first UCL win this season. It came in the form of a 3-2 win over Monchengladbach, away from home. Some will say Inter have missed the bus to the next round. While others believe, the Nerazzurri side have made a mark when it mattered.

Antonio Conte came in this game with a plan in mind. Inter dominated the first 30 minutes as they put one past Yann Sommer through Matteo Darmian. The Nerazzurri lost the plot in the last 15 minutes of the first half. Thus, Gladbach managed to score past Handanovic who made a bunch of prolific saves before that. Antonio Conte’s Inter are making it a tradition to come into the second half with a good study of the opposition tactics. They did that against Gladbach in this game and played a deep backline. This allowed Romelu Lukaku to score a couple of beautiful goals.

Another feature of Antonio Conte’s Inter is Alexis Sanchez coming on after the 60th minute. The Chilean striker is absolutely prolific when creating chances, as he did for Lukaku’s second goal through Hakimi. An out of form Hakimi redeemed himself with an assist after coming on for Darmian. Sanchez did give Gladbach a goal back by losing possession in the wrong place. Also, Gladbach had a goal disallowed through VAR in the dying minutes.

Inter beat Borussia 3-2, is this a great escape?

The way Inter have found their form in the league and now Europe, it will be tough to see them miss out on Champions League if that happens. Inter need a win in their last game against Shakhtar at home. Also, they’ll need Gladbach and Real Madrid to avoid a draw to qualify for the next round. More importantly, Inter will have to overcome a Shakhtar side that has a double over Real Madrid this season. Conte must know that it’s a long shot for his team to get through from here. But, a win against Shakhtar will guarantee Europa League football none the less. As Inter beat Borussia 3-2, a great escape is on everyone’s minds but will it happen?