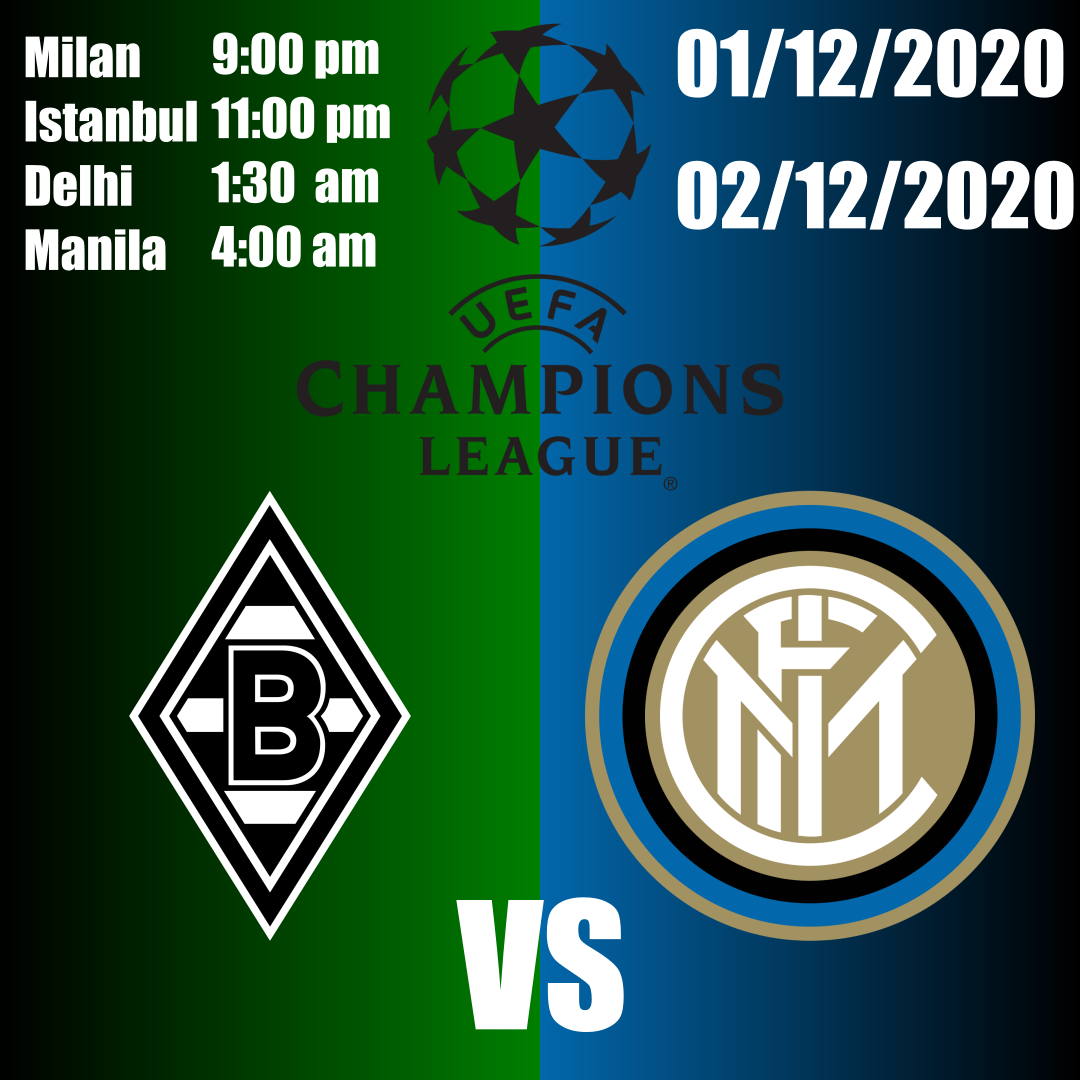 Borussia vs Inter UCL Group stage game can be the last fight for Nerazzurri in the tournament. Antonio Conte’s side need to win both their games and hope for a few results to go their way. Apart from that, Inter also have the headache of a terrible goal difference as they sit at the bottom of the table. While Conte’s men have turned the tables in the league, the form hasn’t replicated in Europe so far. Furthermore, Conte has a terrible record in the Champions League.

With Vidal suspended, Conte might start Sanchez behind the strikers as he lacks midfield options. Brozovic’s return is not a guarantee at the moment as he’s down with COVID. Barella and Gagliardini have been in prime form lately. But, if Conte plays Sanchez or Eriksen in a 3-4-1-2 formation, the team can lose its balance. More importantly, Inter have been magnificent when playing 3-5-2, thus Conte must find an appropriate replacement for Vidal.

Monchengladbach sit on top of the table after thrashing Shakhtar twice. The German side are much fancied over Inter considering the form and are also playing at home.

Borussia vs Inter UCL, will Conte’s men show up?

This has been a tough season for Antonio Conte, to say the least. He will want Inter to qualify at least for the Europa League if not for the next round. And to make that happen, the Nerazzurri will need two good wins. The former Italy manager looks in good control of his side after the display at Sassuolo. Inter are finally showing their real strengths in the league. But replicating that form in Germany can be a tough nut to crack.

Dominating the Borussia vs Inter UCL game from the word go will be on Conte’s mind. But, he must also be wary of the high scoring system that Gladbach deploy. If Inter fail to hold the German club back, the game can slip out of their hands pretty quickly. Conte will probably start his best defenders and Lukaku will be back in the lineup. Achraf Hakimi can start the game and must perform to keep his place from an in-form Matteo Darmian. Starting Perisic will be a gamble that can pay off big. But, Conte might stick with Ashley Young on the left. Can Inter produce a masterclass at Gladbach? They must if they want to stay alive in the Champions League.