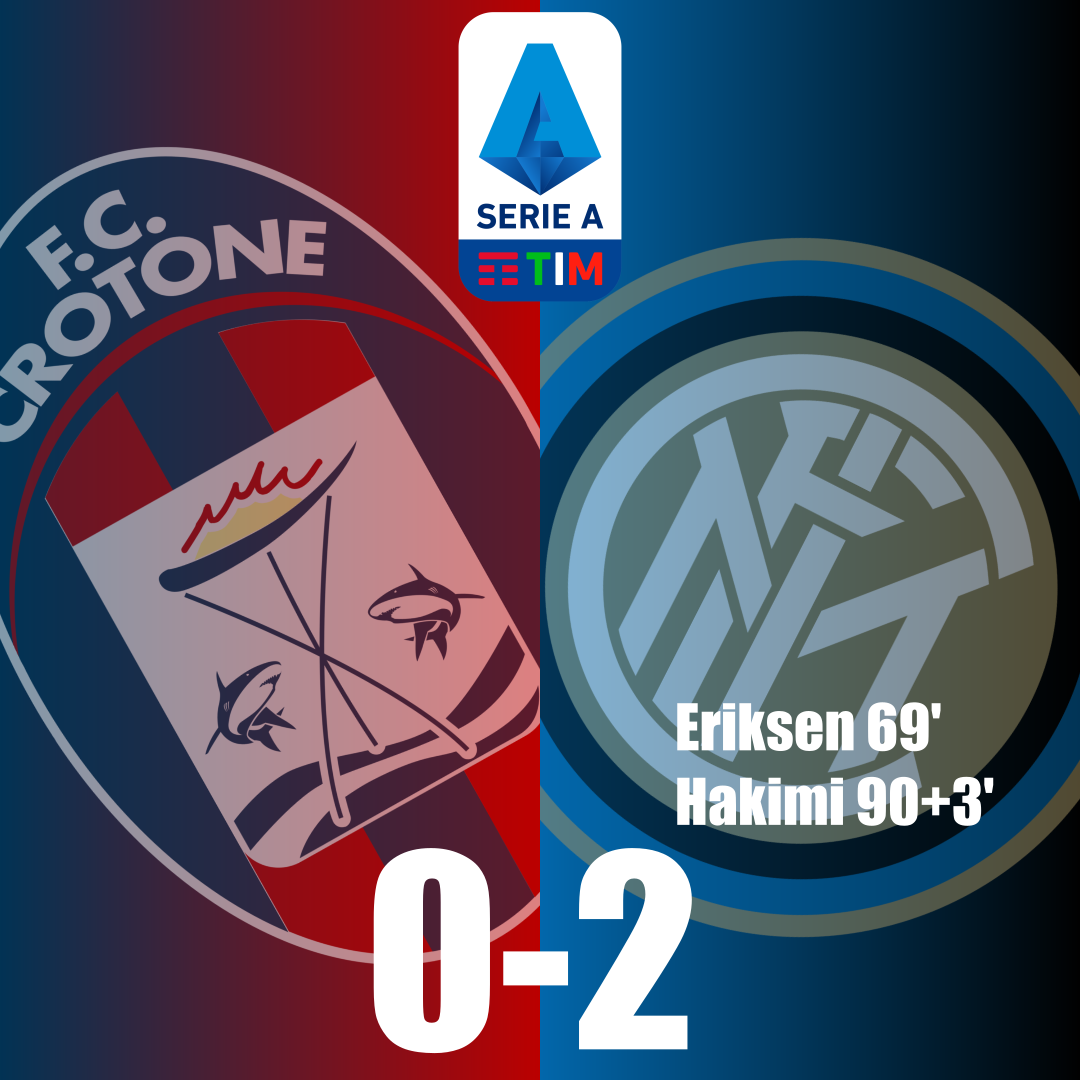 Inter beat Crotone 2-0 in a clinical second-half display to relegate them to Serie B. As it turns out, today’s game had a bunch of milestones attached to the result. As Inter won away at Crotone, Juventus, Milan and Napoli among others cannot catch up to Conte’s side this season. Subsequently, only Atalanta can theoretically get on top of Inter now, which is highly unlikely. Furthermore, if Atalanta fail to win against Sassuolo on Sunday, Inter will become the Champions of Italy.

Inter took the driver’s seat from the word go against the home side. Apart from a few chances here and there, Crotone were defending hard to keep their Serie A status. In the first half, Inter were pushing the Crotone defence to make a mistake with back to back attacks resulting in corners. Lautaro Martinez came terribly close to scoring twice as he hit the frame of the goal on both occasions. A visibly irritated Inter team were unable to budge Crotone in the first period. Moreover, starting Sensi in place of Eriksen was hurting Conte’s side which struggled to build up rhythmically.

Inter beat Crotone 2-0 as Eriksen rises to the occasion

Antonio Conte and Christian Eriksen are not best friends by any stretch. But, the former Italian National team manager has learnt to use the Danish midfielder the hard way. In simple words, halfway down the second half, Inter were struggling to break the deadlock and Conte put Eriksen, Sanchez and Perisic on. While Sanchez went wild on the pitch running around and doing what he does best, Perisic took hold of the left-wing by bursting into attacking runs. Eventually, this along with some incredible passing brought an Eriksen shot that ended up in the back of the net. And just like that, the Champions-elect went 1-0 up.

A brilliant Lukaku goal was disallowed for offside by Perisic who put in the cross. In the added time, Barella made a magnificent run to find Hakimi on the end of his pass who did what he does best and put the ball in the goal going between the keeper’s legs. This put Inter 2-0 up and as close to the Scudetto as they’ve been in a decade.

Lastly, Inter beat Crotone 2-0 but the Nerazzurri must step up their game before a set of difficult fixtures.