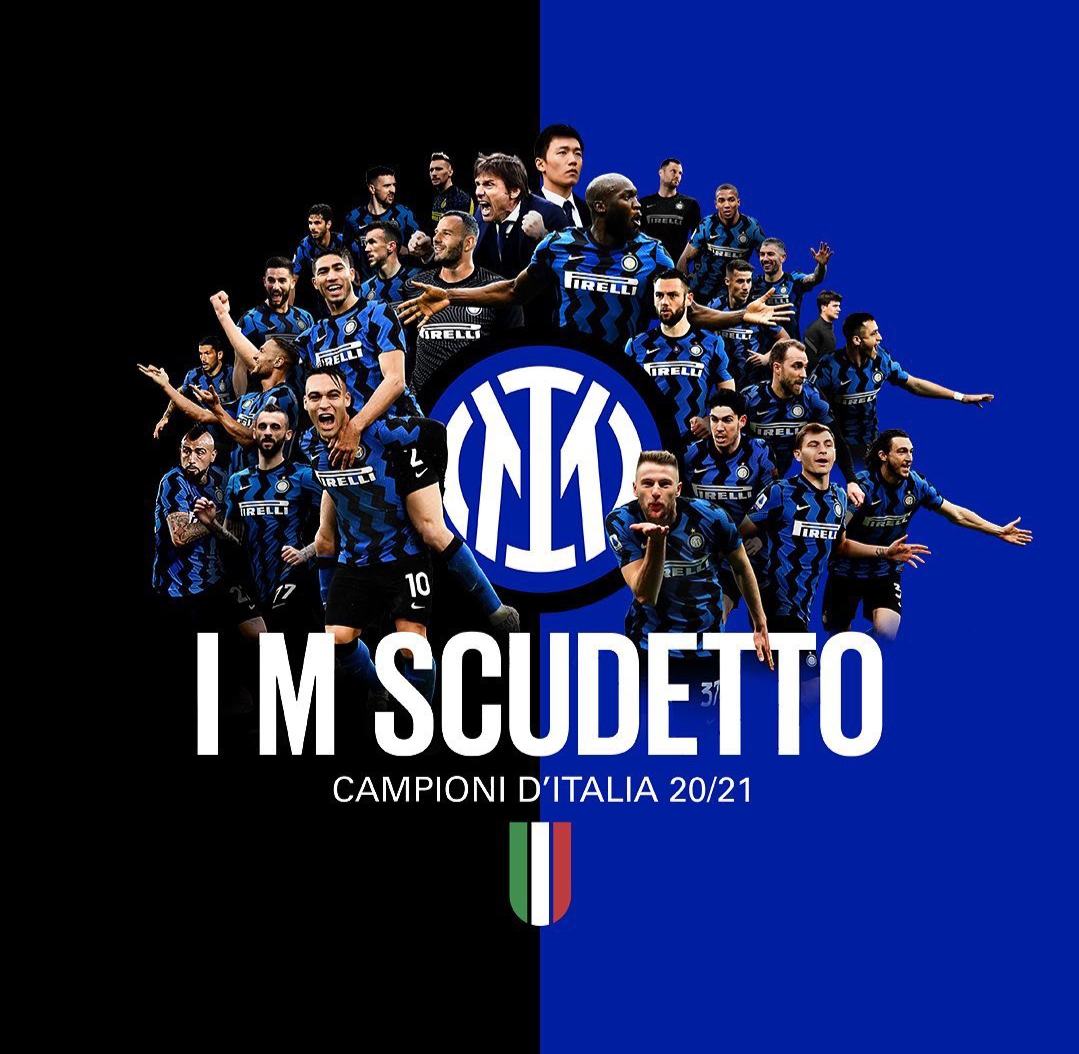 Inter crowned Scudetto winners after 11 years as Sassuolo end up in a draw with Atlanta. While the Nerazzurri fans would’ve wanted to watch Inter win it on a matchday, the excitement is overwhelming. In fact, Inter Milan broke Juventus’ nine-year winning streak. The club had maintained its lead over Serie A over the past few matches leading them to the win. There are some obvious factors that have led Inter to this win.

The consistency that Conte maintained in the player selection on the field has brought them to this level. Milan Skriniar, Stefan de Vrij, and Alessandro Bastoni maintained the defense with great understanding amongst one another. Thus, helping Inter score 29 goals in 34 matches. On the other hand, the favorite strike duo, LuLa, that is Lukaku and Lautaro has played a huge role in the win. They have scored 36 goals amongst themselves. Furthermore, as they dropped out of the Champions League, they had no distractions. While they didn’t have the most satisfactory season, they learned from their mistakes.

A large number of fans gathered around the iconic duo to celebrate Inter’s win in Serie A. More so, they were happy about the Nerazzurri breaking Juventus’ streak. This is Inter’s first Scudetto since Jose Mourinho’s 2010 treble win. It is their 19th one overall. Inter haven’t lost a single game since Jan 5 winning 18 games in a row. The Nerazzurri have taken over AC Milan who have 18 Serie A titles as they now have 36 league wins. In fact, Inter are now the second most successful club in league history after Juventus.

Juve chairman Andrea Agnelli congratulated Steven Zhang for the victory. They are also friends outside the game of football. This is Conte’s fourth Serie A title in his career as a coach. He led Juventus to their first three of the nine titles between 2011 and 2014. After Inter defeated Crotone by 2-0 and Atlanta drew with Sassuolo, nothing could even come close to Inter’s 82 points.