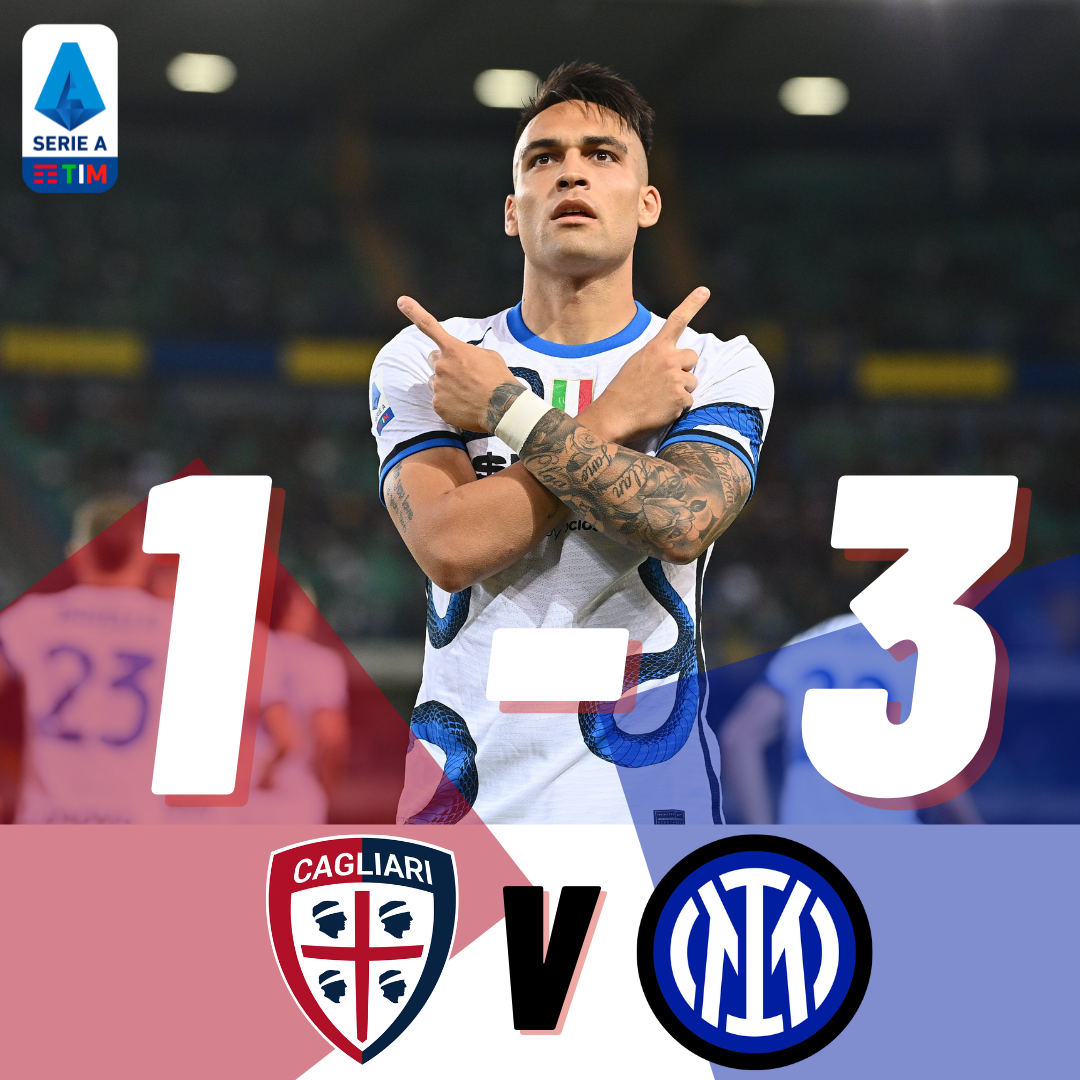 Inter breeze past Cagliari and stay in the title race. The Nerazzurri could have scored more goals but they could not finish their chances. Inzaghi decided to keep a similar line-up that won the Coppa Italia against Juventus. Bastoni came in for D’Ambrosio to give Inter more cover at the back. The Nerazzurri had to go with their best 11 as they can not afford to drop any points at this point. AC Milan managed to win against Atalanta which keeps them ahead in the title race.

Cagliari had a chance at the start of the match as they forced Handanovic to make a diving save from one hand. Inter then kept more possession of the ball and settled into the game. Inter scored after a few minutes but VAR ruled it out as Skriniar was offside. Cagliari had made slight changes to the system as they made a back 4 in defence.

Inter finally got their goal in the 25th minute as Perisic came forward towards the byline after receiving a pass from Calhanoglu. He produced a perfect cross for Darmian who managed to head the ball in after rising above the Cagliari defender. Lautaro had a great chance towards the end of the first half as he got the ball from Barella with his back to goal. The Argentine’s shot hit the post and he got it back for a rebound. But Lautaro’s effort got saved by Cragno for a corner.

Inter breeze past Cagliari with a 3-1 victory

The Nerazzurri started the second half on the front foot as they scored a goal in the 51st minute. Barella managed to launch a ball over the top of defence as Lautaro made an in-behind run. The Argentine let the ball come down and placed his finish at the back of the net.

But just a few minutes later, Cagliari managed to half the deficit. Bellanova went up the pitch and passed it to Rog, who rolled the ball to Lykogiannis. The full-back managed to hammer a powerful strike from distance. The ball took a slight deflection and hit the post before going in.

Both sides then made some substitutions to have some fresh legs in the middle of the pitch. Dumfries and Gagliardini came for Darmian and Barella as both started against Juve. Cagliari were now looking a better side as they were moving the ball around quickly and had the home support behind them. But, Lautaro managed to seal the game in the end as Gagliardini went ahead on the counter and rolled it to Lautaro. The Argentine chipped the ball over Cragno to end the game at 3-1.