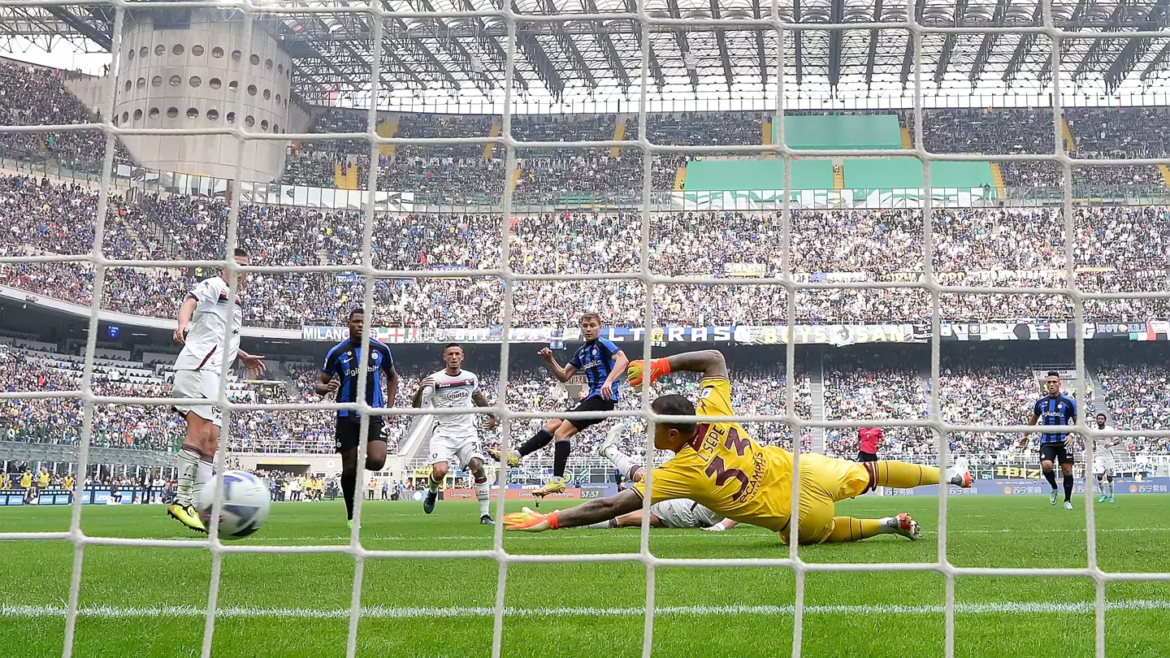 Inter Milan continue their good run in Serie A with a convincing 2-0 win over Salernitana. The Nerazzurri are far behind in the league this season after having a terrible start in Serie A. But they have turned it around after a statement win over Barcelona in the San Siro. But it was important to get all three points against an opponent, who keep a low block and hit on counters.

The Nerazzurri were enjoying early possession at the Meazza and had a slow start. Salernitana were sitting deep, waiting to hit on the counter as Dia was offering some runs in the early stages. Inter got the lead soon after a brilliant link-up play in the right flank from Dumfries, Barella, and Calhanoglu. The Italian midfielder found Lautaro outside the box after dropping deep. The Argentine managed to strike from distance to end his goal drought in Serie A.

The visitors were now pressing Inter to restrict their build-up and had an opportunity to level the score. However, Kastanos could not keep his shot on target, which hit the side netting. They had another chance late in the first half as Piatek forced Onana to make a diving save.

The visitors had more of the ball at the start of the second half while Inter kept their shape. Lautaro had a chance to complete his brace following Calhanoglu’s free kick. The Turkish midfielder found Lautaro in the box, and he got a free header that went over the bar.

However, Inter soon doubled their lead after Salernitana lost the ball poorly. They did not have the shape to defend Inter on the break as Barella made the run inside the box. Calhanoglu, playing as a regista, found the Italian midfielder, who took two touches to control the ball and finish it in the right corner.

Salernitana now made three changes, and Inter were letting the visitors have more possession of the ball. The Nerazzurri were now having a compact block to keep the clean sheet. Correa had a chance, in the end, to make it 3-0 following a corner, but his header was saved, and Inter settled for 2-0.