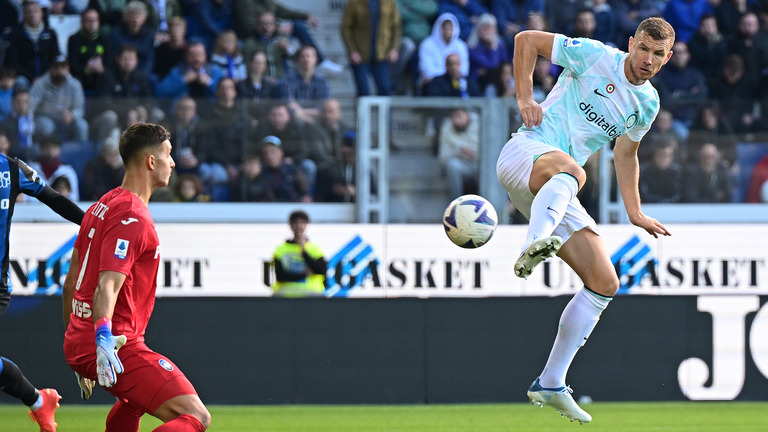 Inter Milan edge past Atalanta 3-2 before the World Cup break, and move to fourth position. It was a crucial game for Inter, as Atalanta are their rivals for the top four, and beating them gives Inter a huge boost. Also, players will be happy to go into the break with a victory as they have had a rough season so far. Inzaghi deployed his best lineup, with only Brozovic starting on the bench.

Inter were struggling to build up because of the early pressure from Atalanta. So, the Nerazzurri had to play long balls in the early phases. Onana made a couple of saves, as Atalanta were exploiting wide regions. The La Dea got a penalty as a Zapata was brought down by De Virj in the box. Lookman placed gave Atalanta the lead from the spot.

Inter slowly settled into the game as Atalanta’s intensity dropped. Inter got a free-kick from a good position in Atalanta’s box. The Turkish midfielder’s shot hit the wall, but he managed to deliver a cross from the rebound. Lautaro placed the ball towards Dzeko from his head, and the Bosnian striker produced a clever finish from outside of his boot.

The Nerazzurri had a better start to the second half, and Atalanta were taking more risks. The game was more open as both sides were eager to get a lead. The Nerazzurri made a brilliant attack, as Barella made a diagonal run, and played it to Dimarco. Then, the Italian wing-back played a perfect ball in the box, and Dzeko found the net from a deflection.

Inter soon got another goal in the 61st minute, from a corner. Dimarco delivered a precise ball again into the box, and Palomino tried to clear it, but it went into the net. Inter’s performance after going behind was commendable. Inzaghi made some substitutions to replace Dumfries and Bastoni for Bellanova and Acerbi.

Atalanta were now pushing numbers forward to come back into the game. Palomino managed to atone for his own goal, as Koopmeiners played a dangerous ball into the box. The Argentine managed to head past Onana, and the game was open again. So, Brozovic came one to see off the game, and Inter now had a compact low block. The Nerazzurri managed to get all three points from Bergamo.