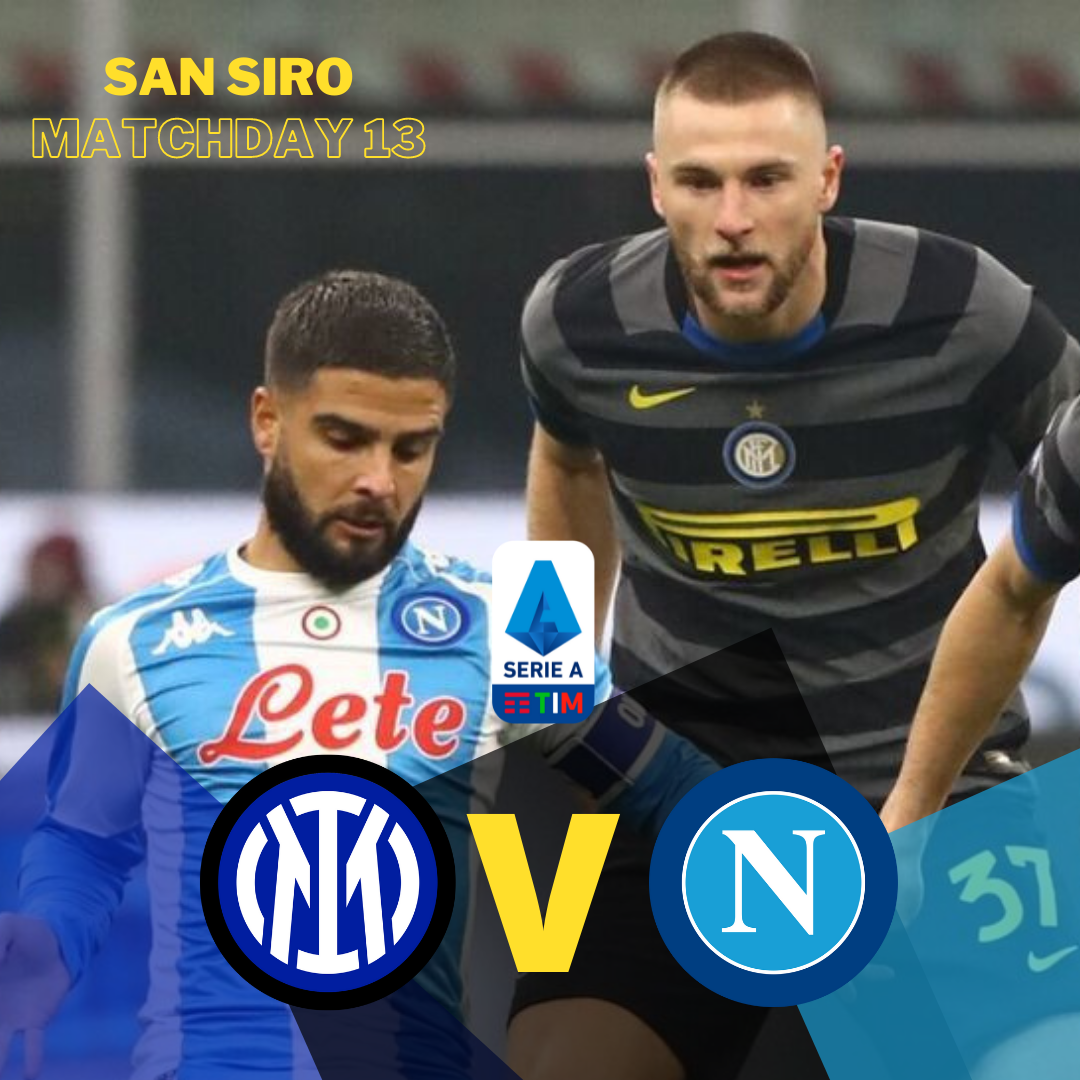 Inter edge past Napoli in a thrilling 3-2 win. It was a must-win game for Inter as they had a chance to become the first team to defeat Napoli in Serie A this season. The Nerazzurri managed to do that with a couple of their key players injured. Stefan De Vrij had a hamstring injury and Dzeko could not recover from his injury on time so he did not start. Meanwhile, Demme and Politano were out for Napoli because of COVID.

Inter started well as Lautaro had a chance to take the lead early on. But the Argentine could not put his header down after a pinpoint cross from Perisic. Napoli got the lead in the 17th minute as Zielinski took the ball from Barella to start a counter. Insigne then got the ball forward and moved inside and picked Zielinski. He finished it the first time to the roof which gave Handanovic no chance.

But Inter got a chance to equalize as Koulibaly handled the ball inside the box from Barella’s shot. He was unlucky as he was trying to defend himself from a close-range shot. Just like in the Milan derby, Calhanoglu took the spot-kick and scored the equalizer. Inter managed to get the lead just before half-time from Calhanoglu’s corner. Perisic managed to head the ball in from the Turkish midfielder’s in-swinging delivery and gave Inter the lead.

Inter edge past Napoli with a 3-2 win

Ospina had to make a save at the start of the 2nd half as Lautaro tried to test him from the center of the box. Napoli lost their top scorer, Osihmen as he had a nasty clash of heads with Skriniar. His face was swollen so he had to leave the pitch and Petagna took his place. In the 61st minute, Inter got another goal from a smooth counterattack. Correa managed to get the ball up and picked Lautaro who made a run on the right. He ended his goal drought with a calm finish towards the far post. Inzaghi then made a couple of changes and brought Vidal in for Calhanoglu to strengthen his midfield.

Spalleti made a couple of changes in the 75th minute and he got a goal with his substitute. Dzeko lost the possession in a dangerous area and Mertens managed to score a sumptuous long-range goal. This gave Napoli a chance to come back but Inter managed to defend for the remaining time. Mertens had a great chance towards the end but he could not keep his volley down and Inter got their 3 points.