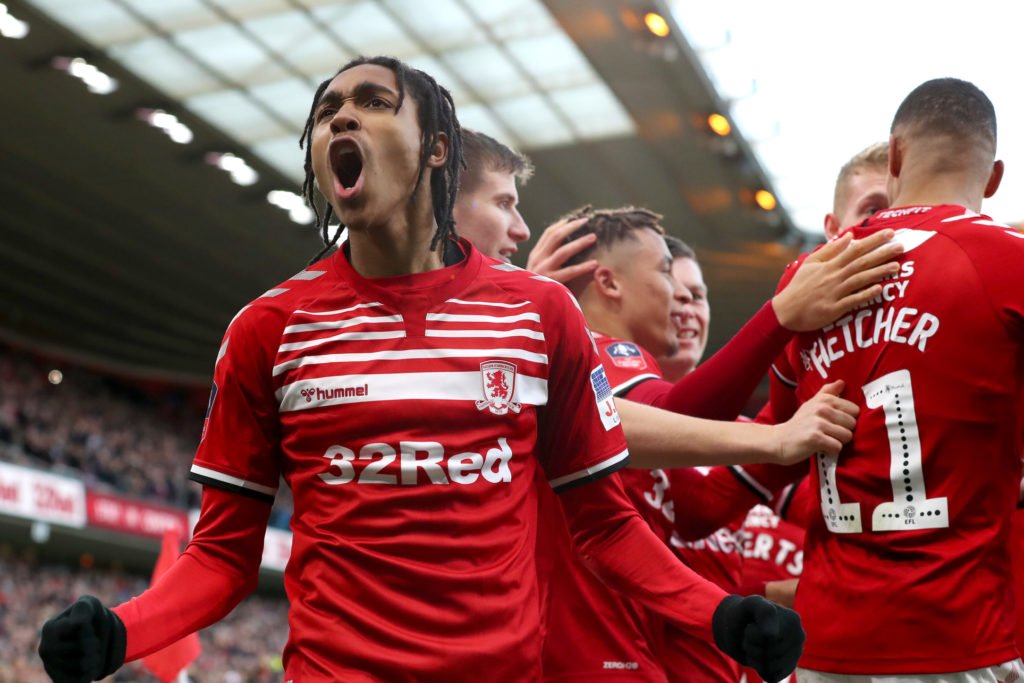 Inter eye English youngster, Djed Spence from Nottingham Forest. They knocked Arsenal out of the FA Cup by beating them 1-0 in the third round. The Gunners are also eyeing him and, now Inter and Roma are also keen to sign him. His impressive performance against Arsenal has attracted many clubs across Europe. The right-back is currently on loan at Nottingham Forest from Middlesbrough. Arteta’s side were shocked by his performance and, Arsenal legend Ian Wright said that his performance was unbelievable.

He would cost around €15 million, which will be within Inter’s limit. But, he will only come on a loan-back deal as he played for his parent club this season. So, the English youngster can not play for the third team this season. Inter currently have two players in the right-back position, Dumfries and Darmian. But, the 21-year old can come in handy in the future as he has immense potential, or Inter can sell him later when his value increases.

Spence has been impressive in the Championship as he is getting a lot of game-time at a young age. Coming from the youth academy of Fulham, Spence has played 81 matches in the Championship. Moreover, he has scored three goals and provided an assist in the league. Also, he played three games in the U18 Premier League final stage and provided an assist. Jose Mourinho also likes the defender so, AS Roma are also scouting him. They have recently signed young English talents like Abraham and signed Maitland-Niles on loan from Arsenal.

Moreover, clubs like Leeds United and Southampton are also watching him closely after his impressive display in FA Cup. So, Inter will have plenty of competition from the English clubs if they wish to sign him in the future.