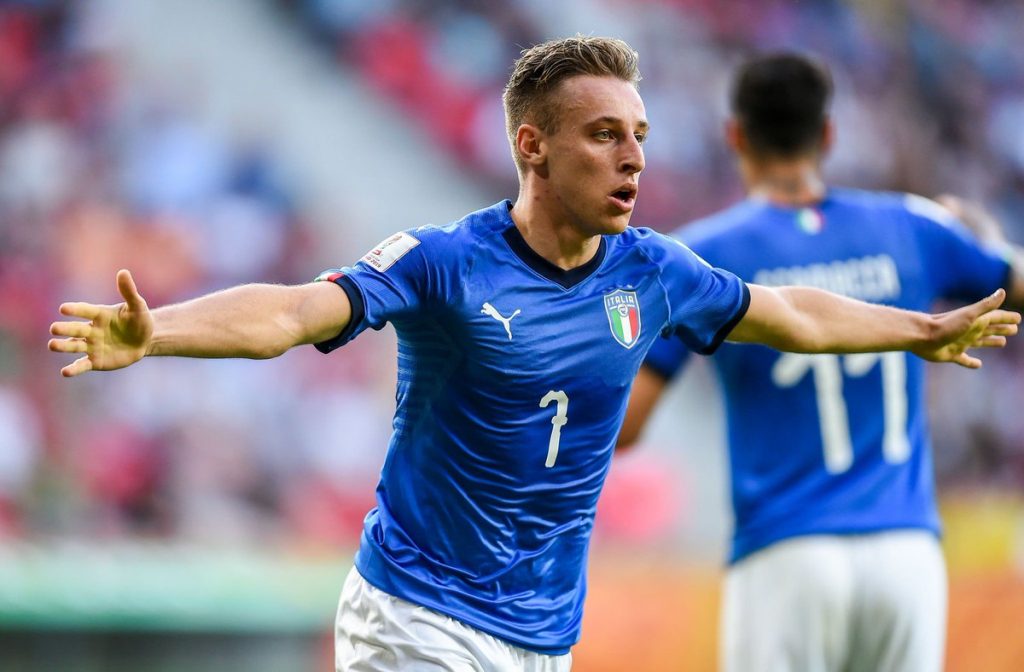 Inter Milan have €15 million available for the winter transfer window. The Nerazzurri will also be looking to sell a few players like Sanchez and Vecino. Inter are looking to buy a midfielder or a striker in the window. Inzaghi wants to add depth to his squad as the crucial 2nd half of the season is going to start. With Vecino and Eriksen gone, Inter need a backup midfielder if someone gets injured.

Currently, Inter Milan’s favorable mid 3 is Calhanoglu Borzovic and Barella. They have Vidal, Sensi and Gagliardini on the bench. But Inzaghi needs a quality midfielder who can play in several positions. Inter are keen on Davide Frattesi from Sassuolo as he can operate in a different position in mid 3. He likes to make runs into the box and can be backup for Calhanoglu or Barella. Also, Inter can sign Spezia’s captain, Giulio Maggiore. He can fit in Inzaghi’s midfield options and Spezia will ask not more than €20 million for him.

Inter Milan have €15 million for the transfer window

Vecino and Sanchez will look to depart as many clubs are looking to sign them. Napoli are keen to sign Vecino as their regular midfielders are unfit. While Barcelona are looking to sign Sanchez as they need a new striker and are willing to give Luuk De Jong in return. Inter can then use this money to sign a quality midfielder or a forward.

Scamacca is one of Inter’s targets for a striker. Inzaghi likes him and he is still young so it will be a good signing for the future. But, Sassuolo want around €40 million for him which Inter might not be able to give. His partner Giacomo Raspadori has been on Inter’s radar for quite some time. While Julian Alvarez from River Plate is also an option.