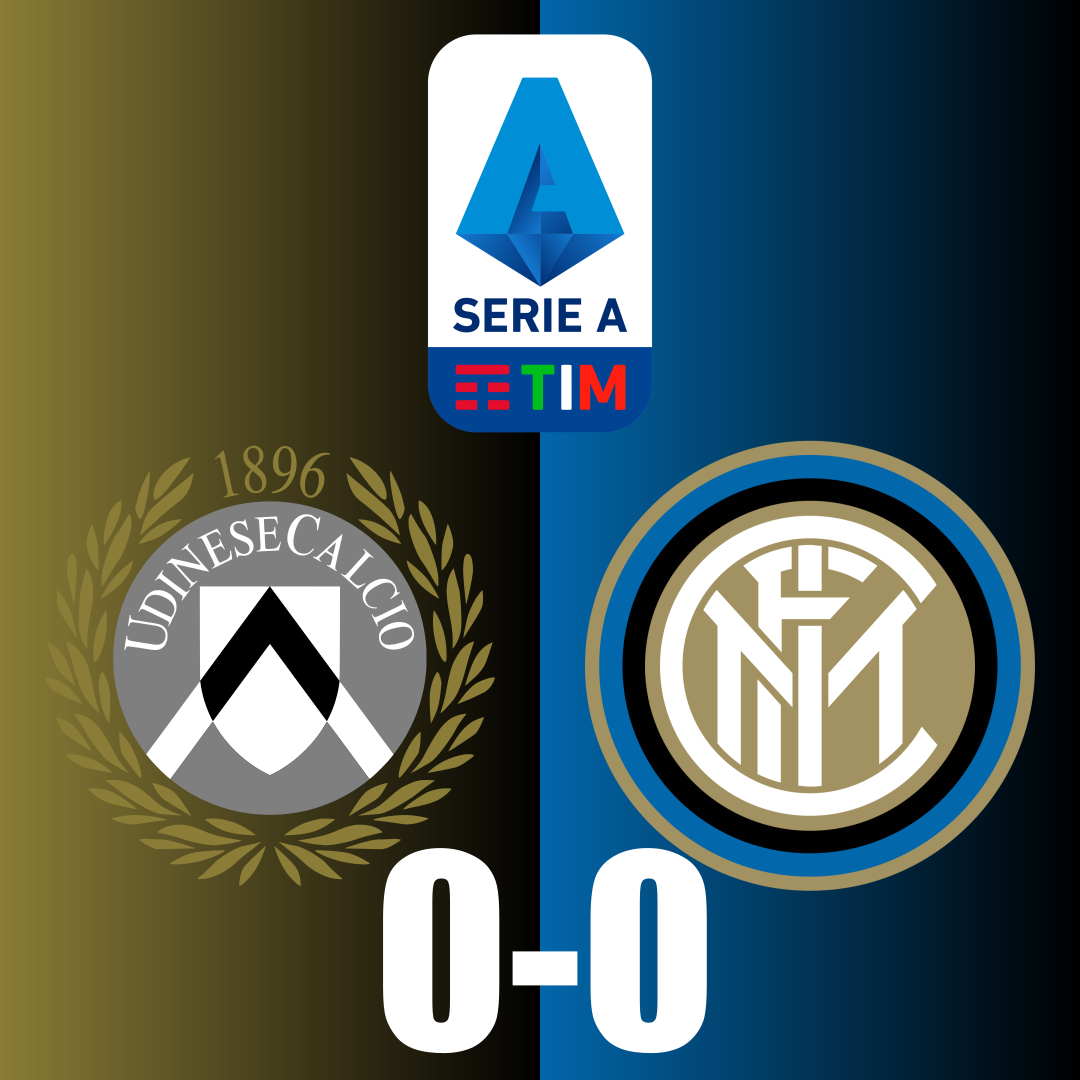 Inter held at Udinese as a golden chance to overtake Milan goes begging. The Nerazzurri haven’t won a single away game after the winter break. And Udinese were right on point to trouble an Inter side that looked off colour. Subsequently, Inter must start worrying about how they’ve consistently failed to convert early chances. Lautaro Martinez came close twice in the first half but was denied by Musso. The only positives for Inter from this game were that de Paul and Musso look ready to make a move to the Nerazzurri with their on-field performances.

Achraf Hakimi is becoming a curious case with every game. The Moroccan will either be exceptional enough to create a flurry of good chances or his crosses will fly over the box. Against Udinese, Hakimi was the former inconsistent player that missed a sitter in front of goal. His decision making was terrible and this had a negative effect on other aspects of his game.

Just like every other side this season, Udinese exposed Inter’s shoddy defence on the counter. There were a few shots that thankfully went wide or the Nerazzurri would’ve lost the game. Furthermore, as Udinese sat back, Inter became more and more doubtful with time. This is something that Antonio Conte has managed to eliminate to some extent from the Nerazzurri DNA but it did happen at the Dacia Arena.

As Inter were held at Udinese, Milan were being thrashed by Atalanta. The Bergamo side put 3 goals past the league leaders and denied them of any consolation. Therefore, had Inter won against Udinese, they would’ve been top of the table on goal difference. The Nerazzurri haven’t been at the top even once this season, unlike last season. And such opportunities don’t present themselves every week. With exactly half the season over, Inter look well placed to make a strong bid for the Scudetto. But with no additions to the side in the winter window yet and lack of options for Conte, will Inter sustain a fierce Scudetto battle? More importantly, will Conte be able to avoid a slump and gain ground on others when the European fixtures start?