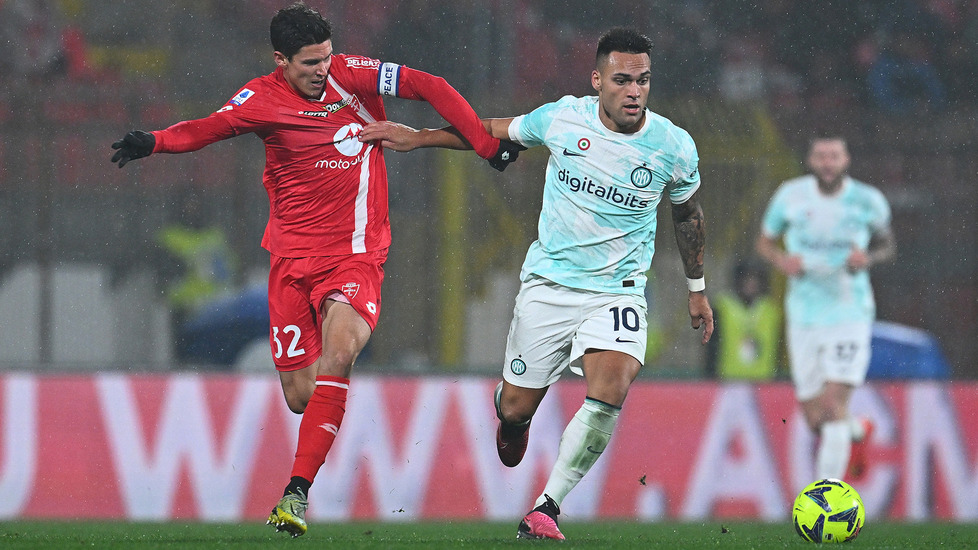 Inter Milan were held by Monza in the added time after getting a 2-1 lead in the first half. The Nerazzurri looked complacent and had a lapse in concentration in the second half. However, Monza were excellent throughout and never looked out of the game. Pessina, on loan from Atalanta, gave Inter all sorts of problems in defense. The Nerazzurri will be happy with the performance from Lautaro, who won the World Cup but was coming with some poor performances on the big stage.

Monza were brave from the start and were targeting the wide areas to get the ball in. Pessina delivered a cross in the opening minutes, but Mota could not keep his header on target. Inter got an early lead as Darmian started the attack, and Skriniar made the switch to the left. Bastoni had plenty of time to pick the run of Darmian on the far post, as the Italian defender came through the blind side of the defender.

Monza replied instantly, as the Nerazzurri switched off in defense. Pessina made the run towards the right flank and was surrounded with Inter defense. However, the Nerazzurri were not eager to take the ball from him, and Pessina played a clever pass to Ciurria. He curled it past Acerbi and Onana in the far corner for the equalizer.

Lautaro Martinez restored the lead for Inter after his relentless pressing. Pablo Mari could not release the ball quickly and the Argentine pounced on him and scored the goal. Inter had another brilliant move around the half-hour mark. Mkhitaryan and Dzeko combined well to release Dimarco who made the run in the center. But the Italian defender could not keep his shot on target.

The tempo slowed down in the second half as Monza were looking to create but Inter were compact in defense. The Nerazzurri had the chance to seal the game when Bastoni made the run inside the box. He squared it to Lautaro, whose shot hit the post. Monza finally got their equalizer from the corner and it hit Dumfries’ head in the end. Inter will shift their focus to Coppa Italia on Tuesday.