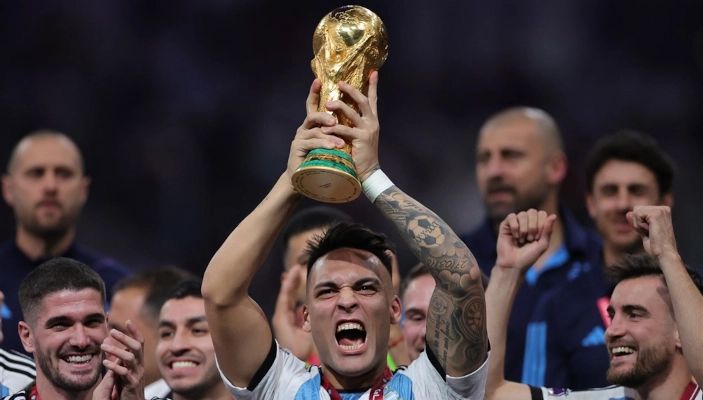 Lautaro Martinez is keen to perform for Inter after winning the FIFA World Cup with Argentina. The Nerazzurri star played a key role for Argentina in the biggest tournament but had an underwhelming campaign. He was suffering from an injury on his right ankle and had to miss a few games. Julian Alvarez, who replaced him, had a brilliant World Cup and helped Argentina to get over the line. Now, Lautaro is ready to do well with Inter after not performing up to his standards at the World Cup.

The Nerazzurri striker was a confirmed starter for Argentina as he was their only natural number 9. His goal did not count against Saudi Arabia by the slightest of margins. He was let down by his finishing against Australia after coming from the bench. However, completed the task of converting the decisive penalty against the Netherlands. So, he is happy in the end that his childhood dream of winning the World came true. Now his focus turns to Inter, who need some magic to get back in the title race.

Lautaro keen to perform for Inter after underwhelming World Cup

The Nerazzurri striker is back with Inter and is preparing for the Napoli match. Lautaro did not perform up to his own standards at the World Cup and would like to prove his worth with Inter. Also, Inter Milan count on him as they have to face the best team in Serie A so far in their first game after the break.

Both Lukaku and Lautaro Martinez had a poor World Cup, but they are lethal together for Inter. Moreover, both the strikers have recovered from their injuries and are ready to hit the ground running. Lautaro did not go for an extended break after the World Cup, instead, he came back to train with Inter.